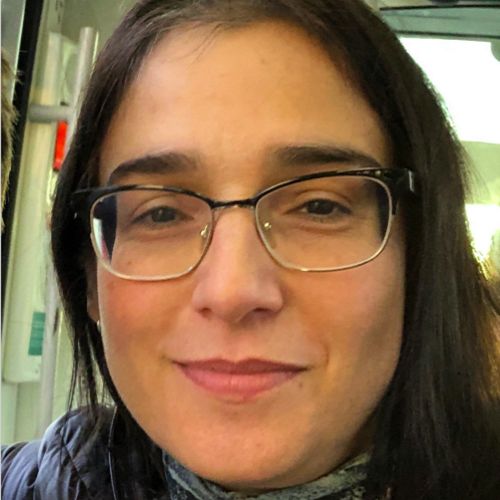 Dr. Anna Agustí-Panareda is a senior scientist at the European Centre for Medium-range weather Forecasts (ECMWF) working in the Copernicus Atmosphere Monitoring Service. She holds a PhD in meteorology from the University of Reading. Her scientific background is in the field of Numerical Weather Prediction (NWP). She has studied the impact of observations and land surface processes on the quality of weather forecasts and pollution transport. Her current research focuses on various aspects of the modelling of carbon dioxide and methane from emissions and natural fluxes at the surface to atmospheric transport, within the Integrated Forecasting System (IFS) at ECMWF. Dr. Agustí-Panareda is involved in several projects funded by the European Commission to develop a verification and support capacity for monitoring anthropogenic emissions of greenhouse gases. As part of the CoCO2 project, she is co-leading the efforts to implement a global greenhouse gas emission monitoring system within the IFS.

Dr. Agustí-Panareda is giving a plenary talk about the CoCO2 global nature run as an evaluation tool of the integrated earth system model to support the monitoring of greenhouse gas emissions on Tuesday 13 September at 9:50. 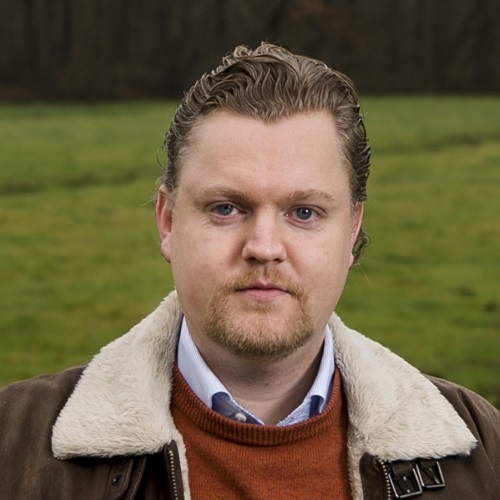 Dr. Gilles Erkens is the chair of the National Research Program on Greenhouse Gas Emissions from Dutch Peatlands (NOBV). As a quaternary geologist he has been working on Holocene delta and river system development, peat formation and degradation, and specifically land subsidence around the world. Currently he heads the land subsidence group at Deltares Research Institute and is a senior researcher at Utrecht University. On behalf of the Netherlands he is a member of the International UNESCO working group for Land Subsidence (LASII). Within the NOBV team he works on understanding the relationship between land subsidence and CO2 emissions in peatlands and on developing a monitoring system to determine the nation-wide annual emissions with high spatial resolution. Outreach is particularly important for Dr. Erkens, as he enjoys telling the subsidence story to non-experts. He has contributed to over 300 news items, ranging from TV and radio interviews, to contributions to web-content.

Using his knowledge of the Dutch landscape Dr. Erkens also investigates historic human-induced disturbances in the carbon dynamics of the shallow subsurface, as he will show in his plenary presentation on Tuesday 13 September at 9:25. 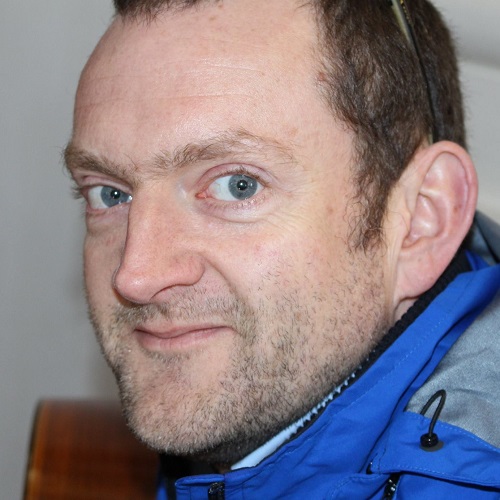 Dr. Georg Jocher works as a scientist at the Global Change Research Institute CAS in Brno, Czech Republic. He earned a PhD in atmospheric physics with focus on micrometeorology  at the Alfred Wegener Institut for Polar and Marine research in Potsdam, Germany. One of his main research foci are eddy covariance measurements at tall canopies with regards to representativeness of the eddy covariance method above the canopy. Dr. Jocher authored several publications on this topic, dealing with different measurement sites in Sweden and Czech Republic, highlighting the specific need of decoupling investigations. Decoupling investigations mean the specific assessment of the coupling between below and above canopy air masses at tall vegetation sites with regards to above canopy derived eddy covariance results. Such investigations are not standardly applied in measurement  networks yet.

In his plenary talk on Tuesday 13 September at 11:35, he will present ideas and first results of a global synthesis study on the decoupling topic. The study aims to derive global relations between decoupling on the one side and atmospheric conditions/canopy properties/tower surrounding topography on the other side to improve the accuracy of eddy covariance measurements at tall vegetation sites. A further aim is to raise awareness of the topic and to initiate discussions about the topic also within measurement networks like ICOS. 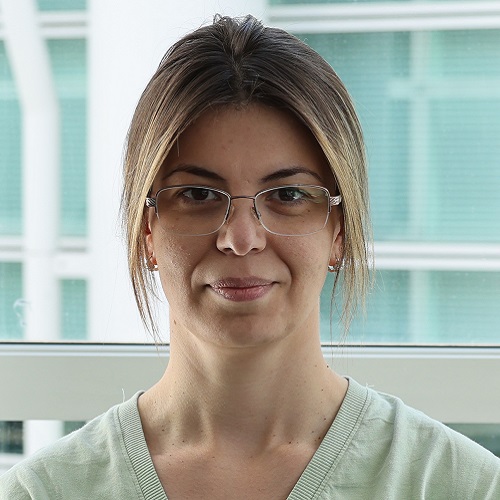 Dr. Dafina Kikaj is a Higher Research Scientist at the National Physical Laboratory, UK. She holds a Ph.D. in atmospheric physics with a focus on the quantification of the atmospheric mixing state over complex terrain using the radioactive noble gas radon as a tracer. Her current research focuses on developing new methods based on radon to identify errors in chemical transport models, hence aiding in evaluating uncertainties in inventories of GHG emissions. 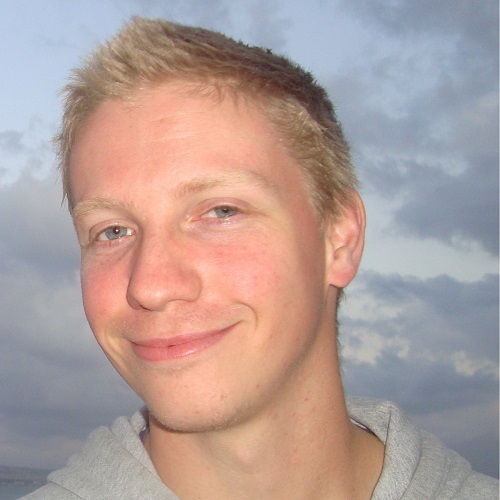 Dr. Gerbrand Koren is an assistant professor at the Copernicus Institute of Sustainable Development at Utrecht University (UU) in the Netherlands. His research aims to quantify and improve our understanding of the cycling of carbon and water between vegetation and the atmosphere, in particular for extreme events (e.g., droughts, floods, heat waves). Previously, Dr. Koren was affiliated with Wageningen University where he conducted his PhD research on Amazon carbon cycling using a modified version of inverse model CarbonTracker Europe and sun-induced fluorescence (SIF). Using these approaches, the impact of the 2015/16 El Niño drought on the net carbon balance and the photosynthetic uptake rate (GPP) was estimated. Also, he did exploratory work, including model development and a short sampling campaign, for the novel isotopic signature Δ17O that is proposed as a tracer for GPP.

In his plenary talk on Wednesday 14 September at 9:50, Dr. Koren will address different approaches for constraining GPP and highlight their potential synergies. 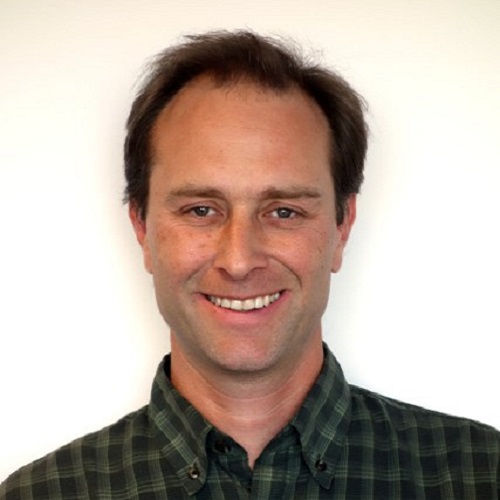 Dr. John Miller is a scientist at NOAA’s Global Monitoring Laboratory in Boulder CO, USA, where he uses both numerical simulations and measurements of atmospheric concentrations of CO2 and CH4 and their stable and radio-isotopes to better understand the relationships between changing climate, direct human activity, and the trends of these gases at local, regional, and global scales.  His current research includes combining measurements and simulations of carbon-14 (radiocarbon) in atmospheric CO2 to improve quantification of fossil CO2 emissions and terrestrial biospheric fluxes; using atmospheric measurements of greenhouse gases above Amazonia to better quantify and understand regional carbon balance; and applying measurements and modeling of carbon-13 in atmospheric CO2 and carbonyl sulfide at regional to global scales to better understand mechanisms influencing terrestrial biosphere carbon exchange.  Over the past 20 years, he co-developed NOAA’s atmospheric radiocarbon program and was instrumental in developing capacity for high quality greenhouse gas measurements in Amazonia.  He has been an author on more than 130 peer-reviewed journal articles as well as numerous national and international reports and assessments.

Dr. Miller is giving his plenary talk about US fossil fuel-CO2 emissions based on measurements of atmospheric radiocarbon on Tuesday 13 September at 10:45. 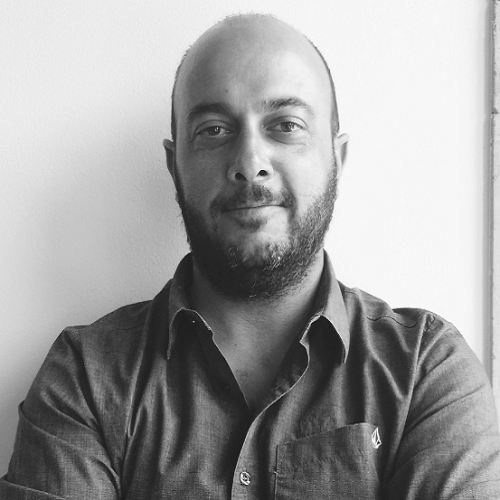 Dr. Giacomo Nicolini is a researcher at the Euro-Mediterranean Centre on Climate Change (CMCC), Division on Impacts on Agriculture, Forests and Ecosystem Services (IAFES) in Italy. He holds a PhD in forest ecology on measuring carbon dioxide (CO2) and methane (CH4) fluxes from tropical ecosystems. He is specialized in greenhouse gas fluxes data processing and analysis from both natural and anthropogenic environments. He is a member of the ICOS Ecosystem Thematic Centre focusing on developing measurement standards for the ICOS network, supporting the ICOS station’s activity and producing the released ICOS ecosystem data. He also works on micrometeorological field experiments and on the elaboration of experimental data.

Dr. Nicolini's plenary talk on Wednesday 14 September at 9:00 will be on the impact of the social restrictions on urban CO2 emissions during the multiple COVID-19 pandemic waves in several European cities and on their evolution in the following months. 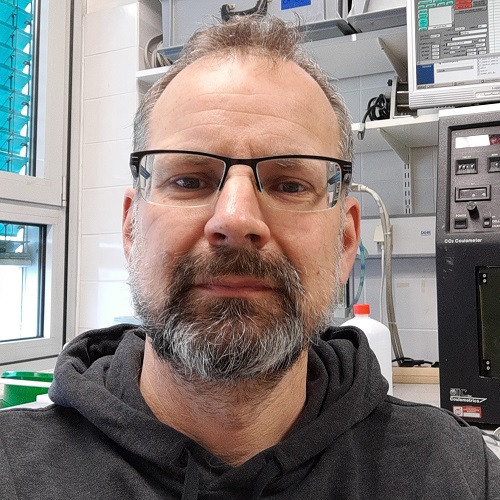 Dr. Tobias Steinhoff works as a scientist at GEOMAR Helmholtz Center for Ocean Research in Kiel /Germany and as a Senior engineer for the ICOS OTC at NORCE Norwegian Research AS in Bergen Norway. His work at GEOMAR focuses on the marine carbon and oxygen cycle. He operates underway measurements of pCO2, alkalinity, pH and oxygen onboard the Container ship M/V Atlantic Sail that crosses the sub-polar North Atlantic between Europe and North America. The installation onboard is an ICOS class1 station. Currently his research focus is combining ICOS Ocean’s surface carbon measurements with data from biogeochemical Argo floats (BGC-Argo) to improve the measurements. At ICOS OTC he organizes training opportunities for the ICOS Oceans network and supports the stations with their marine CO2 measurements. In this context he organized in 2021 the 1st ICOS OTC pCO2 inter-comparison exercise where more than 25 instruments measuring pCO2 in seawater were compared against each other over a range of different temperatures and pCO2 levels.

In his plenary presentation on Tuesday 13 September at 11:10,  Dr. Steinhoff will show some results from the inter-comparison and give some future perspectives. 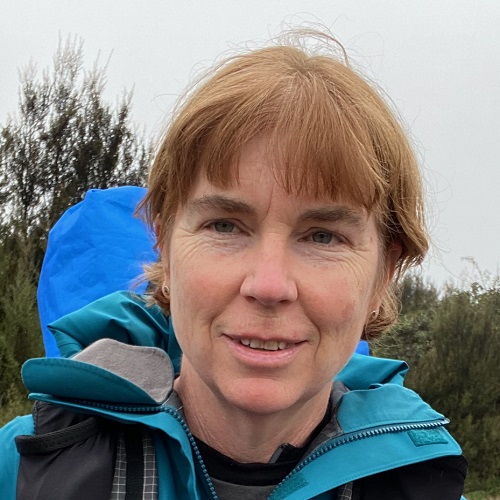 Dr. Turnbull is giving her plenary talk on international standard for Urban Greenhouse Gas Monitoring and Assessment on Wednesday 14 September at 9:50. 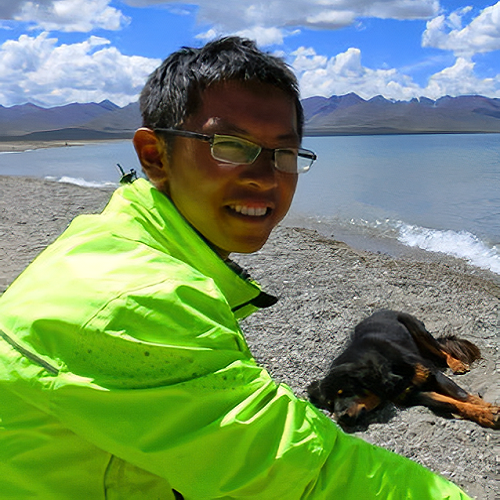 Dr. Zhou’s plenary talk on Thursday 15 September at 9:00 will be about the magnitude of the use of Russian natural gas in the EU27&UK and how the shortfalls can be filled by demand reductions in heating, shifts in power generation towards nuclear and coal, and intra-EU and international coordination, if Russian imports were to stop.