The basis of ICOS’ operations are the ICOS Station Networks, coordinated and run by the ICOS National Networks. Each of the three ICOS domains has its own Monitoring Station Assembly which discuss, develop and improve the scientific and technical bases of the observations. Within each domain, a Thematic Centre coordinates the observations and supports the stations. In addition to the Thematic Centres, there are Central Analytical Laboratories that provide gas analyses and calibration gases. The Thematic Centres and the Central Analytical Laboratories together form the Central Facilities. ICOS operations are coordinated by ICOS ERIC.

The following diagram shows the structure of ICOS Research Infrastucture. 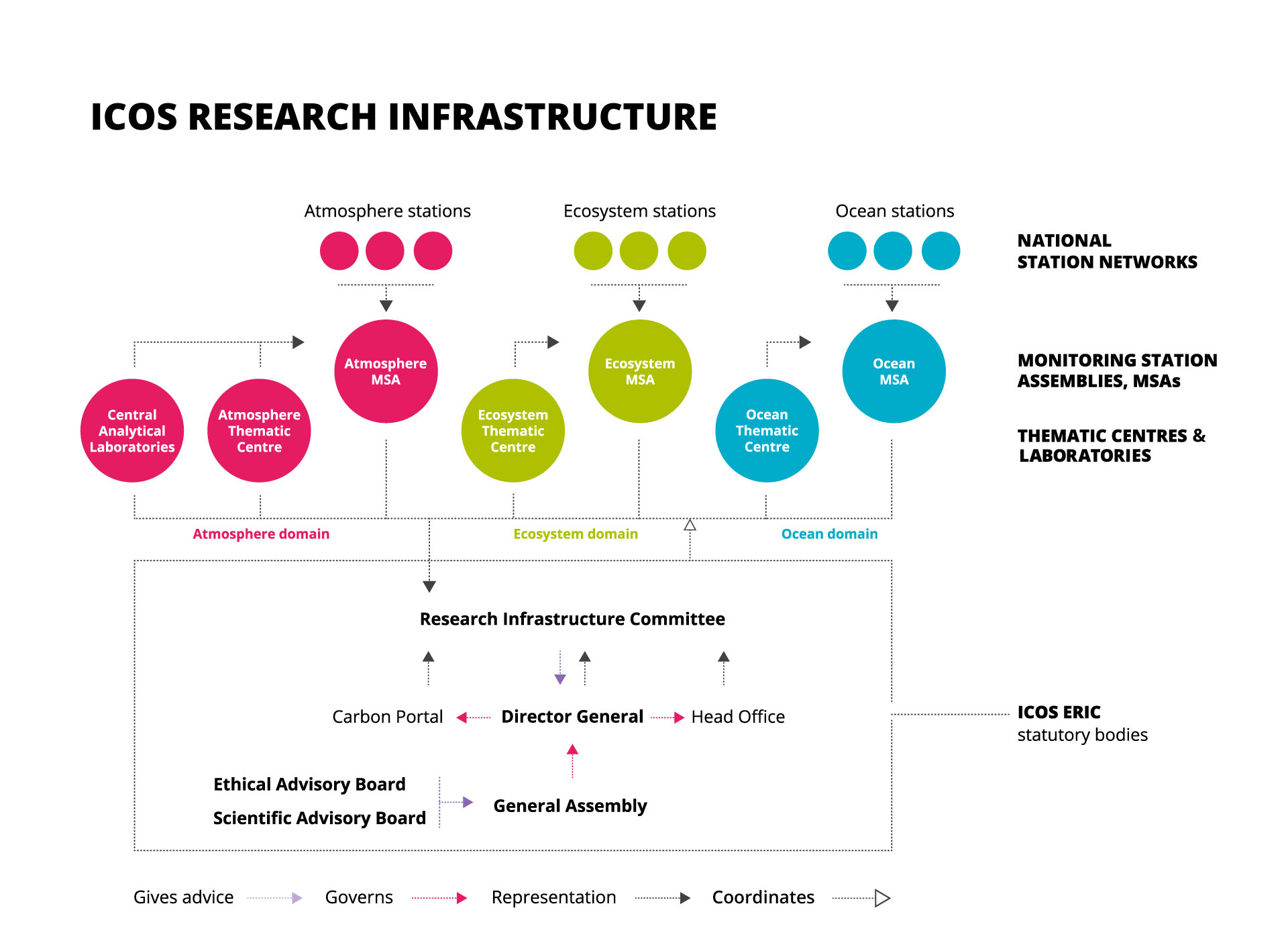 The structure of ICOS. Different structural bodies are explaned below.

The basis of ICOS’s operations is the measurement network that comprises more than 140 standardised stations across Europe. The stations are coordinated and run by the ICOS National Networks, including 12 Member countries and one Observer country.

Each of the three ICOS domains has its own Monitoring Station Assembly (MSA) in which the Principal Investigators of the stations are represented to discuss, develop and improve the scientific and technical bases of the observations. The MSAs monitor, develop and improve the scientific and technical abilities of the station networks, working closely with ICOS Central Facilities. The MSAs are also represented in the ICOS Research Infrastructure Committee by the Chair and Vice-Chair to communicate and discuss the views and recommendations of the stations’ operators.

ICOS operations are coordinated by ICOS ERIC, which is a specific legal entity for European Research Infrastructures created by the European Commission. ICOS ERIC consists of the Head Office, coordinating the research infrastructure's operations, and the Carbon Portal, collecting and distributing ICOS data and derived products, as well as the Director General, Research Infrastructure Committee, General Assembly, and Scientific and Ethical Advisory Boards.