The ICOS Belgium network consists of 10 measurement stations: six ecosystem stations, three ocean stations and one atmosphere station. Belgium also plays a coordinating role in the ecosystem network as co-host of the Ecosystem Thematic Centre and is in particular responsible for the collection and processing of the ancillary data, as well as for supporting and training the ecosystem community.

Belgium has a dense station network measuring in some very unique locations. The Brasschaat and Vielsalm ecosystem stations have been collecting data in mixed forests for over two decades, making them two of the longest-running stations in the world. The Maasmechelen station in Hoge Kempen National Park is the first European heathland where greenhouse gases are monitored. While the Thornton Buoy is installed at the artificial reefs in the C-power wind farm in the Belgian part of the North Sea. The atmosphere station is located at Réunion Island in the Indian Ocean and is a collaboration between France and Belgium. 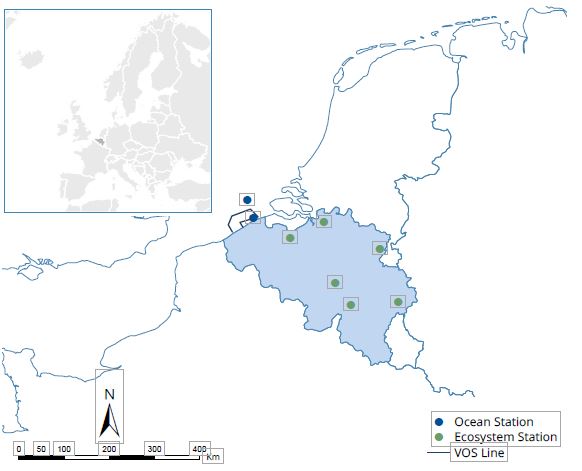