The network of ICOS ecosystem stations measures greenhouse gases, as well as living and non-living components and drivers responsible for the exchange of greenhouse gases, water and energy between ecosystems and the atmosphere. These observations are coordinated by the Ecosystem Thematic Centre.

ICOS observes greenhouse gases in a varying types of ecosystems. It is important to understand how different ecosystems respond to changing climate, for example, whether they are or will become sinks or sources of greenhouse gases. If an ecosystem is a sink, it tends to remove carbon dioxide from the atmosphere which helps to slow down the global warming. On the opposite; if an ecosystem is a source, it tends to release carbon dioxide or other greenhouse gases to the atmosphere which speeds up the global warming.

For example, boreal forests currently take up carbon dioxide from the air and store about one third of all the carbon situated in the land. Also, human management of forests alters e.g. water flow which leads to changes in the greenhouse gas balance. On the other hand, permanently frozen soil (permafrost, found in tundra environments) and peatlands are important carbon storages. As temperatures rise due to climate change, permafrost and peat could release large amounts of stored carbon as greenhouse gases. Also, farming and agriculture are affected by climate change e.g. soil quickly losing carbon in the form of greenhouse gases that it has previously absorbed from the air over hundreds of years, making the soil less fertile for agriculture.

The ICOS ecosystem station network consists of 86 stations in 13 countries. 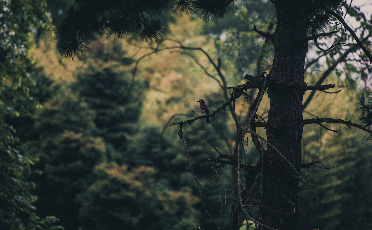 The ecosystem observations are coordinated by the Ecosystem Thematic Centre (ETC).