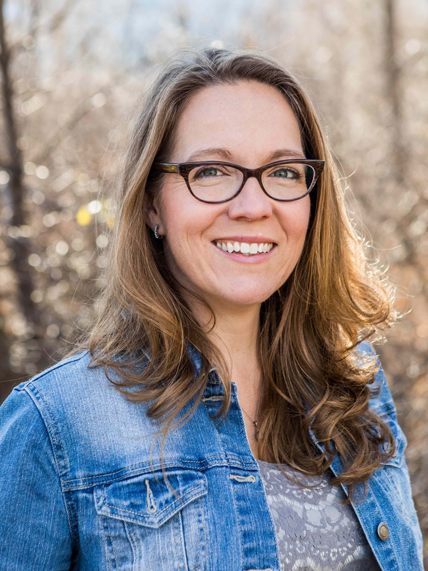 Arlyn Andrews leads the Carbon Cycle Greenhouse Gases group within NOAA’s Global Monitoring Laboratory. She has measured carbon dioxide from Earth’s surface to the stratosphere from a variety of diverse platforms, including NASA’s ER-2 aircraft -- a modified U-2 spy plane, high-altitude balloons, and very tall broadcast towers. Arlyn earned her Ph.D. in Earth and Planetary Science from Harvard University in 2000 and then spent a few years at NASA Goddard Space Flight Center, where she contributed to the initial development of concepts for active and passive CO2 satellite sensors.
Arlyn joined the NOAA Global Monitoring Laboratory in 2003 and assumed responsibility for in situ measurements from tall towers within the NOAA Global Greenhouse Gas Reference Network. She developed the NOAA’s CarbonTracker-Lagrange regional modeling framework for estimating greenhouse gas emissions and removals, with a particular emphasis on understanding uptake of carbon dioxide by terrestrial ecosystems. Arlyn has been an active participant in the U.S. Interagency North American Carbon Program since its inception. She served on the Climate Variability and Change panel supporting the Decadal Survey for Earth Science and Applications from Space (ESAS 2017), and she is a member of the NASA Carbon Monitoring System Science Team and the NASA Orbiting Carbon Observatory Science Team.
Andrews plenary talk will discuss development towards an International Reference Network for Greenhouse Gases 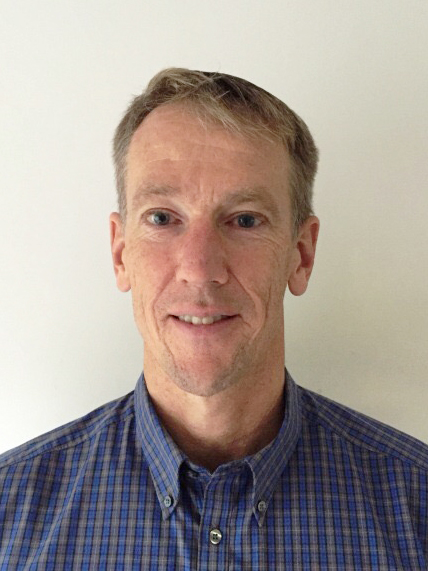 Dr Erik Andersson is working at the European Commission's Copernicus Unit, seconded there by the European Centre for Medium-Range Weather Forecasts (ECMWF). While on secondment, Andersson is working on developing Copernicus Services for the monitoring of carbon dioxide (CO2) emissions, focusing on anthropogenic fossil fuel emissions in the context of the Paris Agreement. The CO2 monitoring and validation service will be based on satellite and in-situ measurements. Andersson has a scientific background in data assimilation, the global observing systems, the impact of observations on the quality of forecasts and the use of observations in Numerical Weather Prediction (NWP). 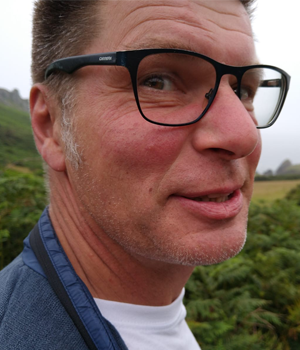 Christof Gerbig is the leader of the Airborne Measurements and Mesoscale Modeling Group at the Max-Planck-Institute for Biogeochemistry in Jena, Germany. His main interest is to make atmospheric measurements of trace gases relevant for our earth's climate, and to utilize these data in combination with transport models to learn about sources/sinks of those gases, most prominently of CO2. On the experimental side this involves high accuracy measurement of trace gases from airborne platforms, but also development and optimization of such instrumentation. On the theoretical side it involves development of analysis tools such as mesoscale tracer transport models coupled to surface flux models. Gerbig’s plenary talk is titled ”Can we see a covid-19 impact in atmospheric GHGs? A diagnostic assessment using STILT”. 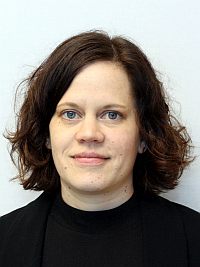 Leena Järvi is an associate professor in applied urban meteorology at the Institute for Atmospheric and Earth System Research and Helsinki Institute of Sustainability Science of the University of Helsinki. L. Järvi got her PhD from the University of Helsinki in 2009 on topic urban micrometeorology and air quality. During her studies, she examined the local-scale carbon dioxide surface exchanges using the eddy covariance technique. After finishing her PhD she worked one year at King’s College London where she participated to develop the urban land surface model SUEWS. She returned to Finland in 2010 to work as the Academy of Finland postdoctoral fellow continuing her research on urban local-scale GHG measurements and land surface modelling at the University of Helsinki. She is PI of the ICOS Associated Ecosystem Station in Helsinki and consortia PI of the ongoing CarboCity project. She has published 52 peer-reviewed scientific papers and acts as editor in Scientific Reports and Geoscientific Model Development. She is also board member of the International Association for Urban Climate. 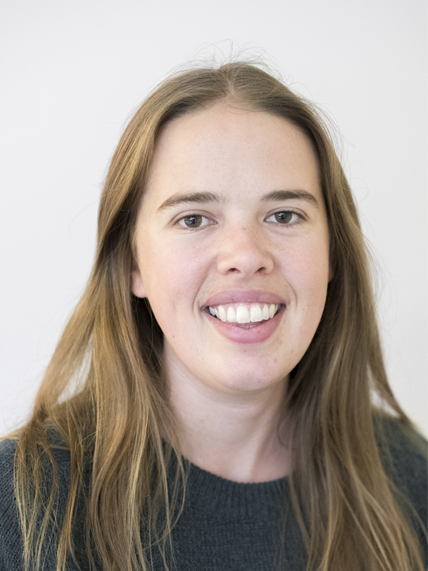 Julia Kelly is a PhD student in Environmental Science at the Centre for Environmental and Climate Research at Lund University, Sweden. Her research is exploring new ways to model and upscale carbon fluxes using remote sensing data from ground-based sensors, unmanned aerial vehicles (UAVs) and satellites. She is especially interested in thermal infrared cameras and in understanding how spatial heterogeneity across an ecosystem affects our ability to model and upscale carbon fluxes.

Kelly’s plenary talk will be about thermal cameras: a new tool for modeling and upscaling ecosystem respiration? 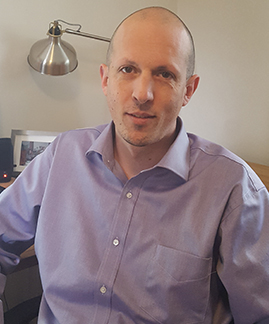 Dr Thomas Lauvaux is a Make Our Planet Great Again (MOPGA) research laureate at the Laboratoire des Sciences du Climat et de l'Environnement (LSCE) in France and an affiliate at the Penn State University in the USA. He holds a PhD in atmospheric and climate sciences, and is specialised in data assimilation and mesoscale modeling applied to carbon cycle science. Lauvaux's current research focuses on developing atmospheric assimilation systems at both regional and urban scales to measure fossil fuel emissions from large metropolitan areas and sources and sinks over continents. He is also an active member of the NASA's Orbiting Carbon Observatory (OCO-2/3) mission science team. 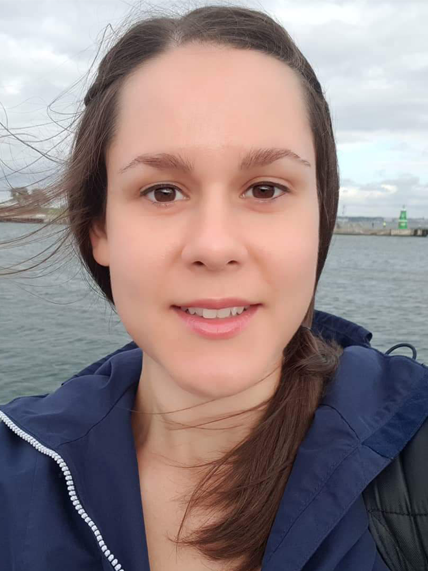 Karolina Pantazatou is a Junior Scientific Programmer at ICOS Carbon Portal, Lund University. She holds a BSc in Informatics and a MSc in Geo-informatics. She has worked as a project assistant, a scientific programmer and a GIS engineer in various interdisciplinary projects focusing on climate change, remote sensing, spatiotemporal demographic analysis and city planning. She has held workshops on how to use GIS-tools and Python-programming for researchers, PhD students, science centre pedagogues, high school teachers and high school students. She is a firm believer of the idea that knowledge has no value unless it is shared, therefore, she strives to create programming tools that are easy to comprehend, use and modify.

Pantazatou’s plenary talk will be about presenting ICOS data in education. 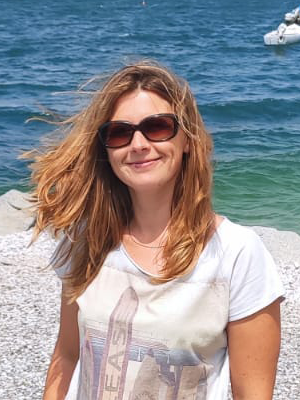 Dr. A.M. Roxana Petrescu is an environmental researcher at the Vrije Universiteit Amsterdam, The Netherlands.  She holds a Ph.D. in environmental sciences/hydrology on modelling CH4 emissions from natural wetlands. She has more than 10 years of environmental research experience related to data analysis of greenhouse gas emissions (CO2, CH4 and partly N2O). She has expertise in both bottom-up modelling and emission inventory calculation and verification methodologies. Current research in the VERIFY H2020 project (https://verify.lsce.ipsl.fr/) focuses on reconciliation and assessment of different models and tools leading to verification of GHG inventories by synthesising observation-based estimates of GHG fluxes and carbon stocks from bottom-up, top-down and global emissions databases (e.g. EDGAR, FAOSTAT) to deliver products for comparison purposes and reconciliation with official country level UNFCCC national GHG inventories. She is, as well, leading the GCP-RECCAP2 regional (European) GHG budget synthesis. 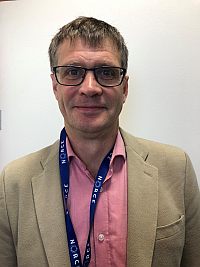 Richard Sanders is the Director of the ICOS Ocean Thematic Centre, based at the Norwegian Research Centre in Bergen Norway. He is also an Honorary professor at the University of Southampton and a Senior Scientist at the U. K. National Oceanography Centre. His research focusses on the role of the ocean in the global carbon cycle with particular interests in Carbon Cycling within the Land Ocean Aquatic Continuum, the role of open ocean biological processes in controlling climate, large scale ocean carbon uptake, nature based solutions to climate change and the sustainability of the ocean observing system. 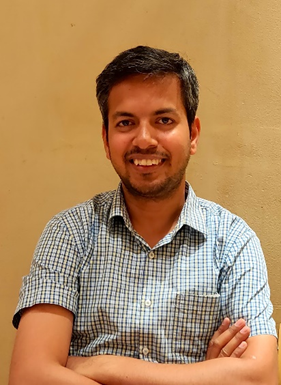 Dr. Mahesh Kumar Sha is working as a scientist at the Royal Belgian Institute for Space Aeronomy (BIRA-IASB) in Belgium. He holds a PhD in Physics and is specialised in remote sensing using Fourier transform spectrometers in the infrared (FTIR) range for the study of atmospheric trace gases. He also is experienced in instrument characterisation and operation, data retrieval, geophysical data exploitation and satellite validation. He has actively participated in several international field campaigns focusing on satellite validation, greenhouse gases emission estimates and the intercomparison of FTIR instruments. He is responsible for the TCCON measurements and the atmospheric ICOS station on La Réunion Island. He is a member of several ground-based FTIR networks, namely, TCCON, COCCON and NDACC. He is part of ESA’s S5P Mission Performance Centre (S5P MPC) Routine Operations Validation Service, where he coordinates the operational validation of the S5P methane product.

Sha’s plenary talk will be about measurements of greenhouse gases from ground-based remote sensing and in-situ instruments and their application for satellite validation. 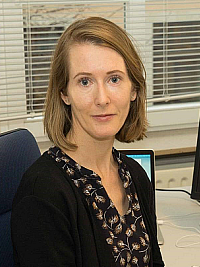 Thompson completed a PhD in Atmospheric Chemistry at Victoria University of Wellington, New Zealand, in 2005. Following her PhD, she held two post-doctoral positions, first at the Max-Planck Institute for Biogeochemistry in Germany, and then at the Laboratoire des Sciences du Climat et l’Environnement in France. Since 2011, Thompson is a senior scientist at the Norwegian Institute for Air Research, where her research is focused on the estimation of sources and sinks of various greenhouse gases using atmospheric observations. Specifically, she uses the atmospheric inversion approach and has applied this to studying the fluxes of CO2, CH4 and N2O, as well as to the emissions of synthetic trace gases. Thompson serves on the IG3IS steering committee and is a co-leader of the Global Carbon Project N2O budget. She is also an author on the IPCC AR6. 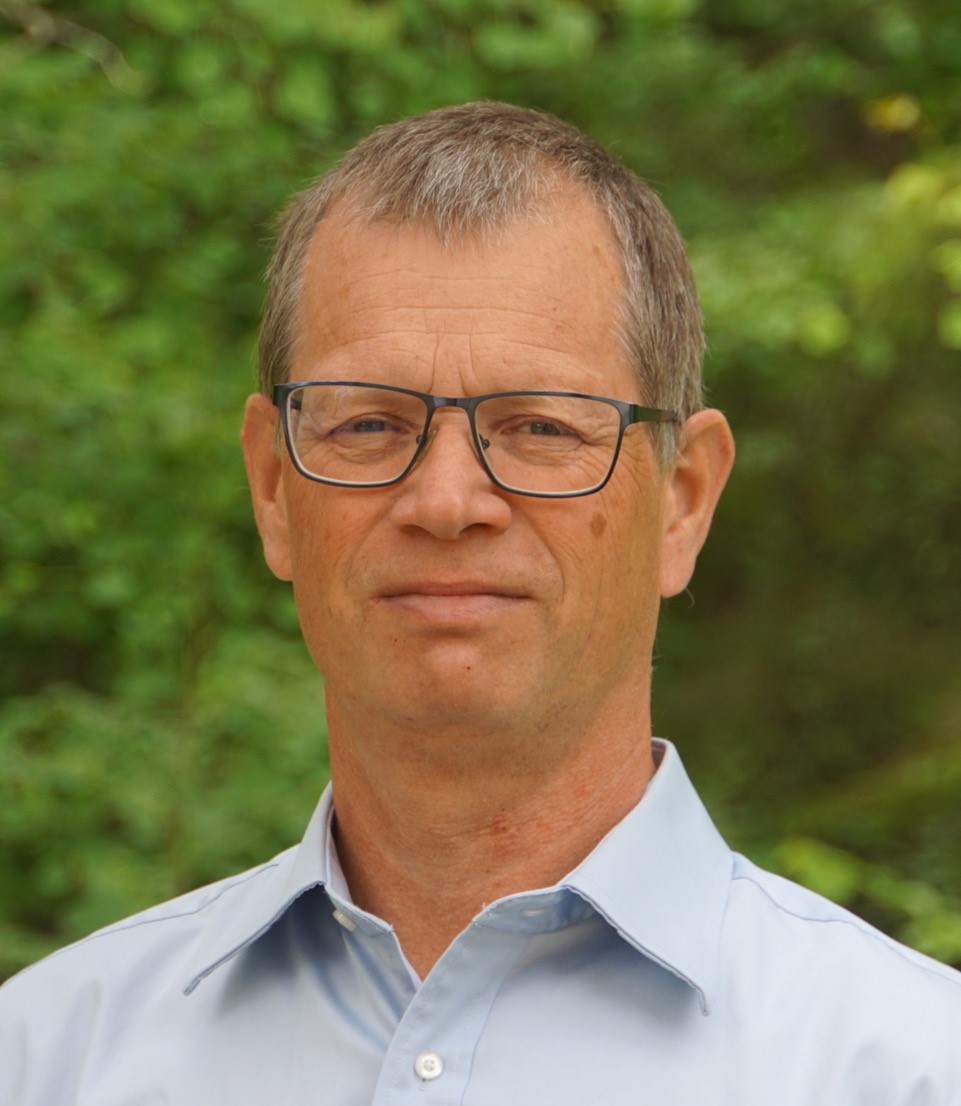 Prof Dr Lars Tranvik is a professor at the Uppsala University, Sweden. He holds a PhD in limnology. Tranvik's research has developed from aquatic microbial ecology, in particular the role of heterotrophic bacteria in food webs and as consumers of dissolved organic matter, to a broader focus on the carbon cycle of inland waters, and the control of the persistence and decay of organic matter across aquatic and terrestrial habitats. Tranvik's recent research is focused on how terrestrial organic matter is transformed in the water column resulting in a subsidy to aquatic food webs, a sediment carbon sink, and emission of carbon dioxide and methane to the atmosphere.

Tranvik's plenary presentation will be about the carbon fluxes at the land-ocean-atmosphere continuum. 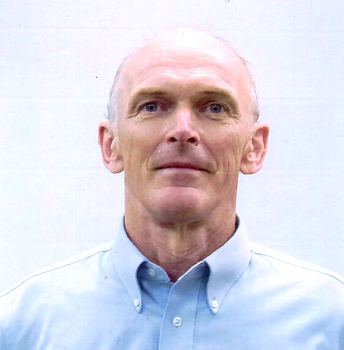 Rik Wanninkhof is a senior scientist at the Atlantic Oceanographic and Meteorological Laboratory (AOML) of NOAA in Miami FL, USA.  He studies the oceanic inorganic carbon cycle with focus of the anthropogenic perturbation thereof.  He has done extensive research on the transfer of carbon dioxide across the air-water interface.   He is actively involved in several sustained ocean observation programs including, surface water CO2 measurements from ships of opportunity (SOOP-CO2), repeat hydrography of ocean interior measurements (GO-SHIP), and coastal ocean acidification monitoring in the Gulf of Mexico and East Coast.  He is co-chair of the global ocean ship-based hydrographic investigation panel (GO-SHIP) and member of the executive committee of the international ocean carbon coordination project (IOCCP). He is interim co-chair of the Integrated Ocean Carbon Research (IOC-R) program  of IOC/UNESCO that is developing a vision of coordinated ocean carbon research for the next decade. 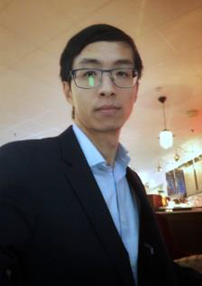