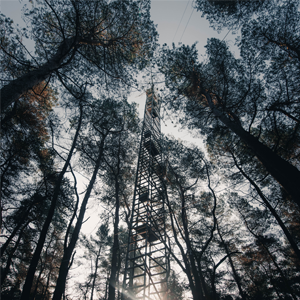 ICOS has published unique datasets providing long-term data on how the carbon dioxide (CO2) concentration and exchange between ecosystems and the atmosphere have developed over the years or in some cases even decades. The data is available on ICOS Carbon Portal.

The data also shows, how the extremely dry summer conditions in Europe reduced the amount of carbon that forests and other ecosystems were able to absorb during summer 2018.

The beginning of Drought 2018 initiative

The 2018 summer registered the largest area of Europe under extreme agricultural drought, even when compared to two previous extreme summers, 2003 and 2010. Temperature records were broken in many regions of central Europe and the UK, there were fire outbreaks in the Nordic countries, and several others were affected by crop failures. Such extremely hot and dry summers are only expected to become more frequent in the future.

At the ICOS Science Conference in September of 2018 the idea was initiated that the effects of the drought on CO2 exchange should be investigated. This started as an informal discussion between several ICOS station directors and researchers. The idea took on momentum and other ICOS researchers, station directors and the wider climate science community were invited to join the initiative. “It was a really nice example of bottom-up organization of the community, with the support of ICOS, to learn about ecosystems from different disciplines and approaches” says Dr. Ana Bastos from the Max Plank Institute for Biochemistry who was one of the leading researchers of the group. FLUXNET, the global network of micrometeorological tower sites that measure the exchanges of carbon dioxide, water vapor, and energy has many European locations, therefore they too were invited and joined the study.

During photosynthesis plants convert sunlight into sugars through a chemical process that occurs inside the plant leaf. For this process, water and carbon dioxide (CO2) must enter the leaf through stomata – small openings on the surface of the leaf. Plants tend to close their stomata during extreme drought events in order to conserve water. This limits how much carbon they can take up from the atmosphere and how much photosynthesis they can carry out.

As a result, prolonged periods of drought can lead to significant changes in a region’s carbon balance. Since it is expected that extreme droughts will occur more frequently in Europe in the future under most realistic climate scenarios, scientist were interested in studying how the exchange of carbon between the ecosystems and atmosphere responded to the European drought of 2018, both at regional and ecosystem level.

Overall, there were two teams of researchers compiling historical carbon data from 52 ecosystem stations and 48 atmospheric stations, both in and outside of the ICOS station network.

A direct analysis of the ICOS ecosystem data showed significant reduction in the amount of photosynthesis that plants carried out in the drought-affected area, even at typically drought-resilient evergreen needleleaf forest sites such as Loobos, Netherlands. There was also a decrease in the amount of ecosystem respiration, though this response was smaller than that of photosynethesis, so overall many ICOS ecosystem sites’ data suggest that the vegetation took up less carbon from the atmosphere during the drought.

“ICOS support was fundamental in the organisation and coordination of meetings, sharing and preparation of documents and data, in articulation with FLUXNET, and curation of the datasets that have been produced for the multiple studies (made available through the ICOS Carbon Portal)” explains Dr. Bastos. The study went from idea to results in less than two years, which in the field of environmental sciences is very fast and highlights the power of research infrastructures such as ICOS.

Overall, the carbon absorption by land ecosystems (forests, fields, etc.) decreased during the 2018 summer drought, however this was somewhat compensated by the enhanced carbon uptake during the warm and wet spring and autumn. The 2018 extreme summer affected ecosystems that very rarely experience strong droughts or very high temperatures, so studying this event could help researchers learn about the resilience of such ecosystems to global change.

The Drought 2018 initiative findings will be compiled and published in a special issue of the Philosophical Transactions of the Royal Society later this year.