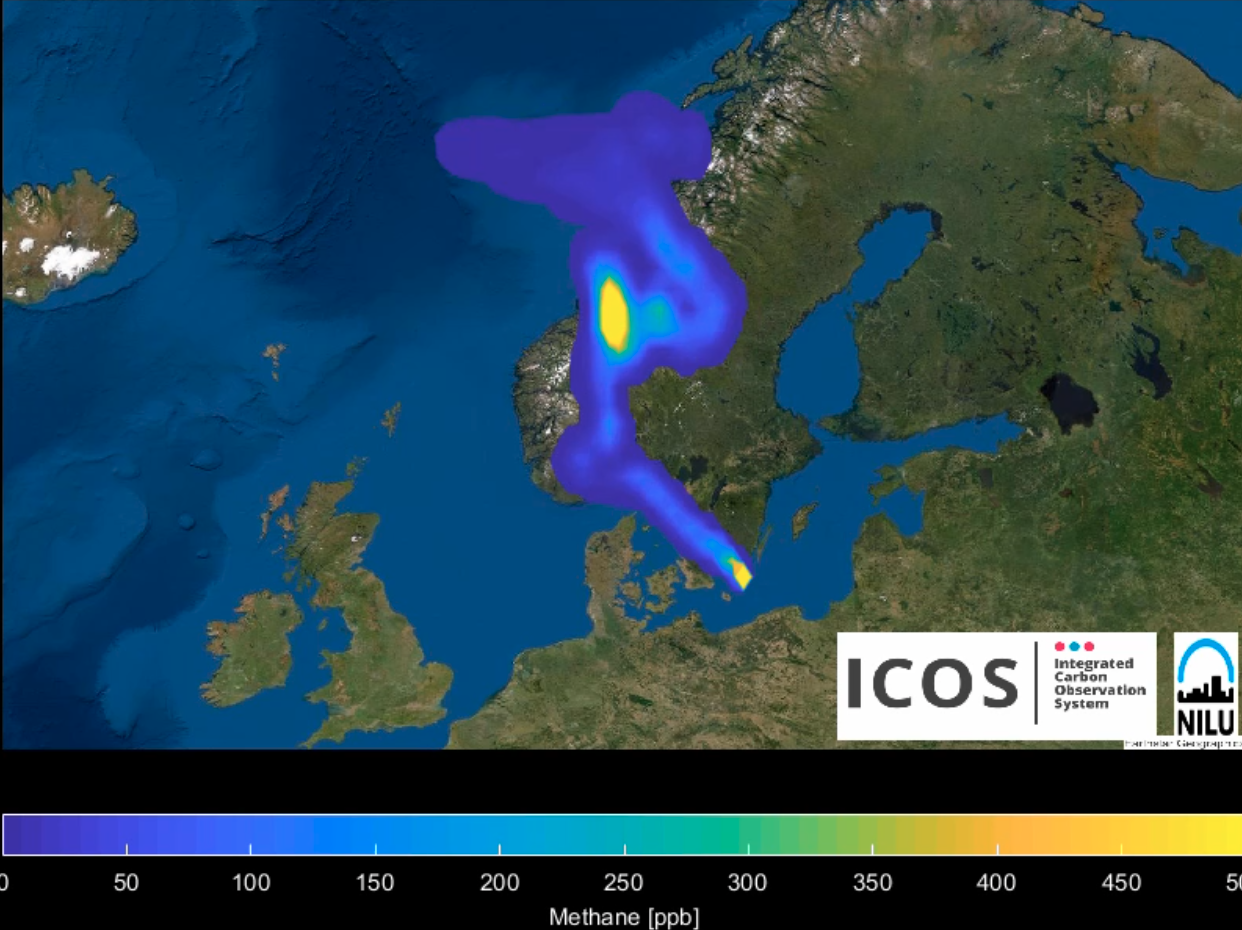 Due to the damage to the Nord Stream gas lines in the Baltic Sea, an enormous amount of methane gas has been released into the atmosphere. The leak is estimated to equal the size of a whole year's methane emissions for a city the size of Paris or a country like Denmark.

The methane emissions are confirmed by ICOS ground-based observations from several stations in Sweden, Norway, and Finland. Observation satellites were most probably not able to see the emission leaks, because the weather was cloudy.

“We assume the wind on the leak area blew the methane emissions north until the Finnish archipelago, then bends towards Sweden and Norway,“ says Professor Stephen Platt from NILU.

“At a later stage we might be able to confirm and quantify the amount of gas leaked, and several ICOS scientists are currently discussing the various options for that. Right now, particularly given the complex meteorological conditions, and that the methane is still bubbling up from the pipes, it is unfortunately not yet possible,” says Alex Vermeulen, Director of ICOS Carbon Portal.

Methane is one of the strongest greenhouse gases. In a period of 100 years, it warms the atmosphere about 30 times more than carbon dioxide. The size and timing of the leak put even more pressure on climate actions, since the critical years to slow down climate change are right now.

ICOS is a greenhouse gas observation system that has 150 physical measurement stations across Europe and the adjacent oceans. ICOS has established standardised measurement methods and processes to deliver data near real-time, allowing fast and precise comparisons of the observations.

“We see the benefit of a standardised, large network in cases like this, where we can quickly and reliably detect unexpected greenhouse gas increases or decreases. The main purpose of ICOS is to assess the efficiency of climate change mitigation efforts, but obviously, it is also very useful in detecting this type of sudden case,” says Director General of ICOS, Werner Kutsch.

See the methane emission data from the four stations in one graph here.