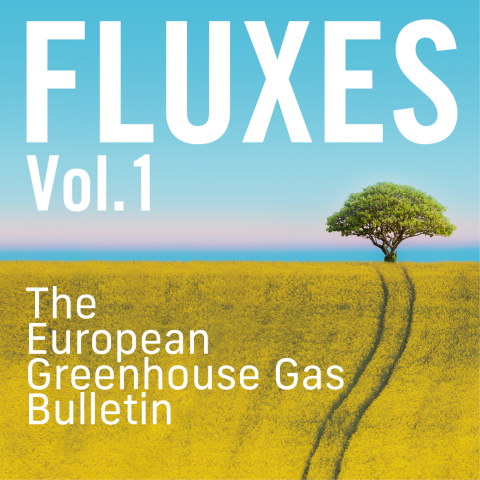 New data by ICOS confirms that natural carbon sinks such as the ocean and forests are not stable. Climate change makes these sinks more vulnerable, in some cases even turning them into carbon emitters. This compromises current climate targets and action plans.

FLUXES, the European Greenhouse Gas Bulletin is a new publication by ICOS, the Integrated Carbon Observation System, which aims at highlighting climate issues to an audience of policymakers, policy advisors, and climate journalists. The first volume of FLUXES focuses on regional and year-over-year changes in carbon sinks in Europe. These changing sinks highlight the need to reduce emissions further in order to reach carbon neutrality targets.

A large team of researchers from ICOS shows that natural and human factors can cause natural carbon sinks such as forests, crop fields, or parts of the ocean to become carbon emitters. Using data from long-term ground-based observations, the researchers conclude in FLUXES that the natural shifts in carbon concentrations are related, for example, to changes in weather over the years: wet and dry seasons, warm and cold temperatures, as well as more extreme events such as droughts, forest fires, or floods. All these are expected to occur more frequently in the future due to global warming. Further, it is shown in FLUXES how human actions have a direct impact: thinning or clear-cutting forests, or changing agricultural practices change the ecosystem’s ability to sink carbon for years.

“We usually rely on natural sinks as our stable allies when it comes to absorbing the fossil fuel emissions,” says Dr Werner Kutsch, Director-General of ICOS. “Unfortunately, they are not! Natural carbon sinks vary from year to year, and they are becoming increasingly fragile,” he points out.

The decreasing carbon sinks have a direct and important impact on national and European carbon neutrality strategies relying on natural sinks behaving as constant carbon absorbers.

"Because current carbon-neutral strategies do not integrate the variability of carbon sinks, and tend to underestimate the related risks, the current projections simply don't match the reality," warns Dr Kutsch. "This directly threatens the course to maintain the 1.5°C goal," he states.

“With natural sinks at risk and technological solutions to remove carbon dioxide from the atmosphere still costly and highly uncertain, the FLUXES researchers agree that there is only one foreseeable solution: to drastically reduce fossil fuel emissions to keep the 1.5°C target of the Paris Agreement. As difficult as it may be: we have to come out of the current energy crisis with drastic reductions in our fossil fuel emissions,” concludes Dr Kutsch.