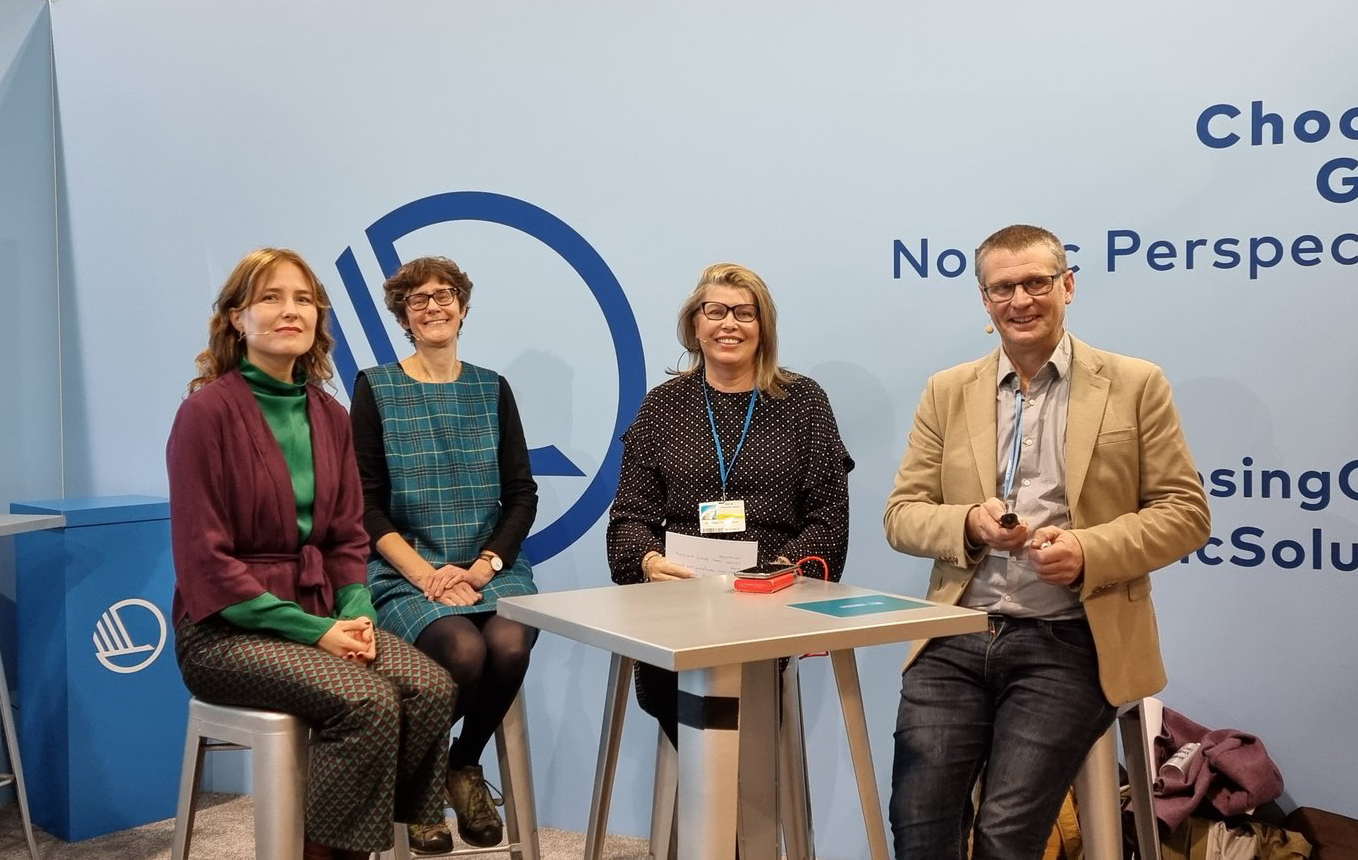 ICOS has participated to the 2021 United Nations Climate Change Conference, also known as COP26, in November to deliver on our support for climate action and decision-making promise of generating scientific knowledge, which advances the fulfilment of the United Nations’ Sustainable Development Goals concerning climate change.

Read more about how we support the UN Sustainable Development Goals

The COP26 has provided a great opportunity for ICOS community to present and learn about the latest developments in science, while it continues to deliver the best available science for effective climate action and policy making required by the Paris Agreement.

At COP26, ICOS has organised a side event to discuss cross-sectoral partnerships and nature based solutions in the ocean domain in order to reach the EU Green Deal and Paris Agreement commitments. It has also presented a poster on terrestrial carbon fluxes at the COP’s Earth Information Day, and participated in discussions on carbon neutral cities.

The ocean's role and long-term behaviour in climate change is gaining more interest. As a major provider of ocean carbon data in Europe, ICOS has organised a side event together with Accenture and Bjerknes Centre on November 4th titled Let’s start the ocean data revolution in the Nordics! Building partnerships for integrated nature-based solutions to climate change. The discussion expressed a need for increased and improved data collected from the oceans, as well as urged for cross-sectoral partnerships between different actors to deliver concrete and verifiable solutions.

Nature based solutions are catching on as a means to reach the targets of the Paris Agreement. Significance of blue carbon cannot be underestimated if we want to meet the objectives of the Agreement. Directing the required projects and investments in the blue economy requires data, expertise and cross-sectoral partnerships.

The side event was moderated by the ICOS Ocean Thematic Center (OTC) Director Dr Richard Sanders, joined by the experts from research, higher education and private sector.

Watch the recorded side event below:

Listen to what the ICOS OTC Director Richard Sanders says about the event:

"This was the beginning of a process – not the end," says @OceanRics (@NORCEresearch @ICOS_RI) about yesterday's discussion on #OceanDataRevolution at #COP26. We want to build partnerships in the Nordic countries! @AccentureNO Watch it again here: https://t.co/ibvdztqyoI pic.twitter.com/dChF3MrBi5

COP26 emphasised the importance of oceans and advanced global cooperation for ocean carbon observations, for example by enhancing the ongoing discussions on the ICOS OTC's Integrated Ocean Carbon Observing System (IOCOS) initiative within the G7 Future of the Seas and Oceans Initiative. Next COP27, organised in Sharm El-Sheikh in Egypt, will most likely have a strong focus on oceans.

View the poster below:

Dr Leena Järvi, Work Package Co-Leader of the ICOS Cities project, joined the Mayors of the Nordic Cities of Lahti, Oslo and Stockholm to discuss how to construct and co-create green and resilient cities in the session titled Carbon neutral construction in Nordic cities: Networks for co-creation and impact - Showcase of best practices, identifying gaps, and moving forward.

The ICOS Cities project is designing new ways to observe greenhouse gas emissions in cities. Paris, Munich and Zürich are the first cities to test the measurement methodologies.

You can watch the recorded session below: