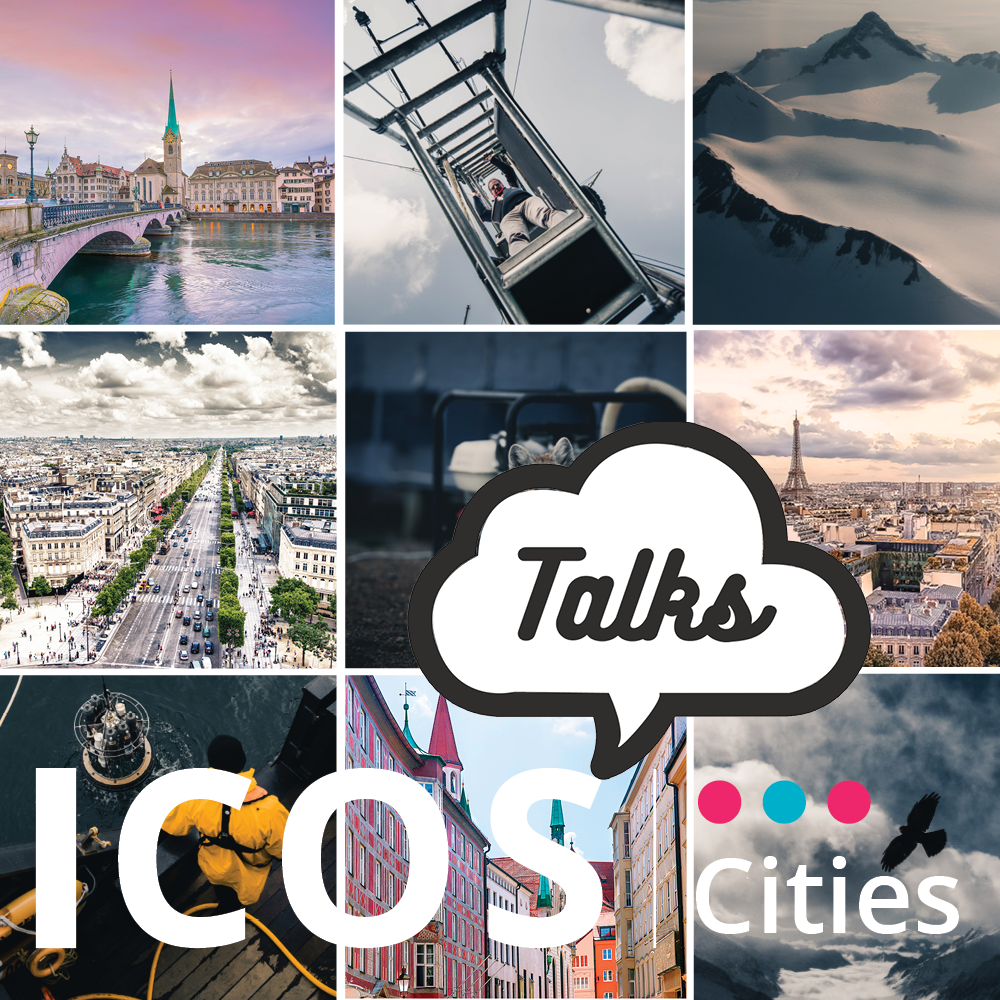 The ICOS Cities project is designing new ways to observe greenhouse gas emissions in cities. Paris, Munich and Zürich are the first cities to test the measurement methodologies. As part of the project, ICOS Cities Talks is launched – a webinar series with experts discussing climate change and its measurement in urban environments.

“The ICOS Cities project brings together over 100 top scientists from different fields of science. They represent 30 European Universities and research organisations. I am confident that together with this group of top scientists, we can bring forth new solutions to support cities in their climate actions and decisions,” says Werner Kutsch, the coordinator of the project and Director General at ICOS ERIC.

ICOS Cities Talks for everyone

Kicking off the project, a brand-new webinar series ‘ICOS Cities Talks’ will start on Wednesday the 3rd of November. The webinars gather experts from around the globe, giving a 30 minutes talk on greenhouse gas measurements and climate change in urban landscapes. The talk will be followed by a Q&A session and a discussion.

“The first talks will revolve around e.g. eddy covariance flux measurements, city climate budget as a tool to achieve ambitious climate goals and how to measure attitudes among citizens towards climate change. During the upcoming months, there will be plenty of other interesting topics that will be launched very soon,” says Claudio D’Onofrio, ICOS Cities Project Manager.

The webinars are free of charge and open for everyone. Especially students, researchers and other professionals are invited to join. More info and registration: https://www.icos-cp.eu/projects/icos-cities-project/icos-cities-talks

Global warming should be kept below 1.5°C this century, according to the Paris Agreement. This means cutting annual greenhouse gas emissions by half in the following eight years, a recent UNEP Emissions Gap Report shows.

To increase the impact and to make sure the concept developed will fit for multiple types of cities in various countries and landscapes, also 12 other cities – Helsinki, Copenhagen, Rotterdam, Antwerp, Krakow, Brno, Heidelberg, Basel, Porto, Barcelona, Rome and Athens, - are joining the city network.

”The city network and its experts will allow the project to define and design fit-for-purpose services for cities, helping in their aims to reduce fossil fuel emissions and other climate actions,” Kutsch concludes.