ICOS, Integrated Carbon Observation System, announces today that eight more greenhouse gas measurement stations have passed the rigorous ICOS quality assurance process for standardised data production. The newly certified stations are located in five out of twelve ICOS member states. They include one station in Finland and Italy, as well as two stations in Belgium, Germany and France.

Among the recently certified eight ICOS greenhouse gas stations is the Ocean station on board of German research vessel Polarstern. The ICOS equipment onboard the ship measures the partial pressure of carbon dioxide (pCO2) continuously during the journey of the ship. Having several ships equipped this way, the scientists can get information over vast areas of the seas, and can evaluate, for example, how much carbon dioxide the oceans have taken up. The oceans absorb approximately 25% of the human generated carbon dioxide from the atmosphere. It is important to monitor continuously the state of the oceans, since, should the seas suddenly absorb considerably less carbon, this would have drastic consequences for the assessment how quickly the climate change proceeds, and also for the actions needed to reduce it. 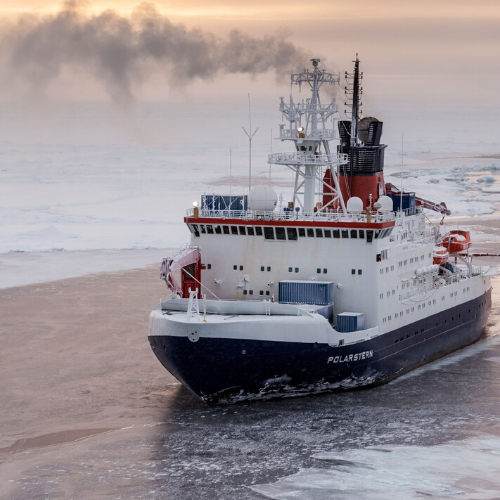 Currently, the Research Vessel Polarstern serves as the main platform of MOSAiC, the biggest international expedition ever launched in the Arctic. For the expedition, the ship has been docked in ice, close to the North Pole, for months. “Taking measurements in the central part of the polar region during the Arctic winter is exceptional and we are very happy to contribute to MOSAiC with our ICOS platform”, says Dr Mario Hoppema. The chemical oceanographer is responsible for continuous partial pressure of carbon dioxide (pCO2) measurements on board the vessel. Dr Hoppema analyses the differences between the amounts of carbon dioxide in the atmosphere and in ocean surface water: “We have electricians on board of the Polarstern that check on the equipment and forward the data by email every week to us in Germany.”

Passing the demanding quality control of ICOS research infrastructure is a reward for a long process of hard work, both for the team involved in the measurements and for the ICOS Ocean Thematic Centre supporting the work. The ICOS label ensures the data is harmonised and comparable. “If you had different systems on different ships, perhaps measuring the same variable in different ways, you could not compare the results between different ships,” concludes Mario Hoppema. 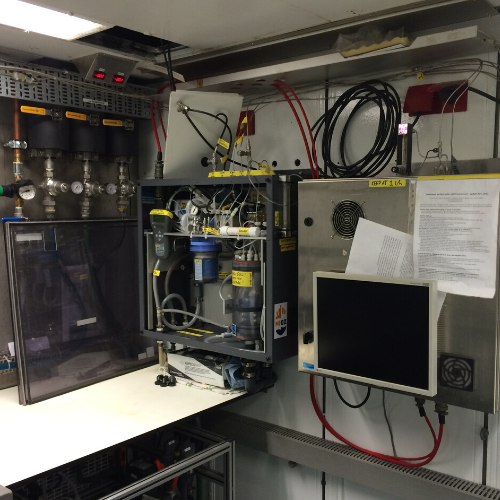 In addition to the Ocean station on board of Polarstern, ICOS measures greenhouse gases in an extensive network of over 140 stations. ICOS data helps to reveal the carbon emissions and sinks on a European level. The data is used by scientists, like Dr Mario Hoppema, who seek to understand the Earth System. Moreover, it is utilised by various governmental bodies and international organisations that need science-based information on greenhouse gases in taking actions to mitigate the consequences of climate change. Including these eight new labels, altogether 58 measurement stations have now passed the process for standardised greenhouse gas measurement.  This year, the network will grow with several new stations, also because Spain has announced its intention to join the research infrastructure. The data can be accessed openly and freely at ICOS Data Portal site.

Warm congratulations to the personnel working in the recently labelled stations, to the OTC labelling team, and to the institutes maintaining the stations!

Stations receiving ICOS label on the 19th of June: