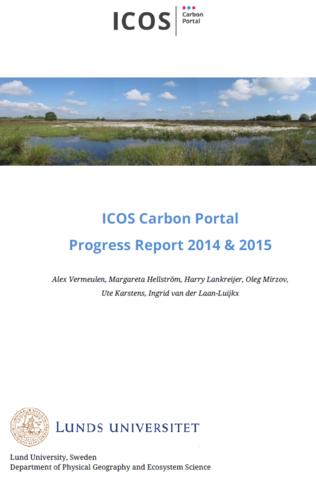 On 1 January 2014 the Integrated Carbon Observation System research infrastructure’s Carbon Portal (ICOS CP) entered into its construction & implementation stage. This document reports on the progress in the years 2014 and 2015. Until the end of 2015 the Swedish part of the ICOS CP was directly funded by the Swedish research Council (VR, Vetenskapsrådet). Starting 2016 the national contribution of Sweden to ICOS CP will flow through ICOS ERIC, the legal representative of ICOS RI that has been established 24 October 2015. From then on ICOS CP will directly report to the ICOS General Assembly.