Lighting up the oceans’ twilight zone 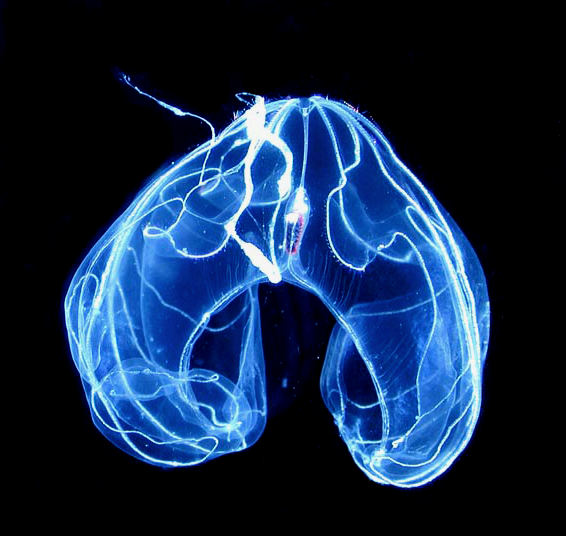 The oceans twilight zone, the dimly lit part between the sunlit surface and the dark abyss is home to mysterious ways of life. In a recent Nature comment an international group of scientists propose that the exploration of this region should be pursued in a collective joined up way across the international scientific community.

The oceans twilight zone is home to mysterious fauna consisting of an unknown number of organisms with diverse and unexplored ways of life. Their activity helps to control climate and they are thought to represent the last remaining unexploited frontier for commercial fisheries.

However, studying the operation of this key zone is difficult, complex and expensive meaning that understanding its importance to the state of the ocean demands a massive investment of time and money.

“The ocean is rising to the very forefront of our appreciation of the natural environment and human impact on it. In recognition of this the UN has designated the 2020s the Decade of the Ocean, with the University of Bergen playing a major role in supporting sustainable development goal 14 ‘Life below water’”, Richard Sanders says.

Sanders is the director of ICOS Ocean Thematic Centre (OCT) at NORCE and the Bjerknes Centre for Climate Research, and one of the authors of the comment in the journal Nature.

The twilight zone is extremely important for a healthy and well-functioning ocean. Called the mesopelagic zone, this region reaches from 200 to 1000 meters’ depth. Organisms of all sizes are found there, from bacteria to giant octopuses. Every night they migrate to the surface to find food.

Fish and plankton living in the twilight zone play an important role for the nutritional state and the carbon cycle in the ocean. Organisms consume nutrients and each other, take up oxygen, produce CO2 and release nutrients back into the ocean.

“The twilight zone is arguably the largest single biome in the world and is home to an astonishingly diverse and complex ecosystem, the operation of which we are barely beginning to understand although we know it is important for climate regulation and food provisioning. It is crucial that we get to grips with how life in the twilight zone operates now, whilst it is still relatively unexploited and pristine. A major barrier to this is the difficulty and expense of mounting the relevant scientific expeditions, no one country can afford to fund more than a couple of such endeavours. It is therefore key that we operate together as a global community to deliver the data we need to manage this region in a sustainable and environmentally responsible manner”, Richard Sanders says.

The authors are members of the new international research network JETZON, appealing to the international science community for a coordinated effort to explore the mesopelagic zone.