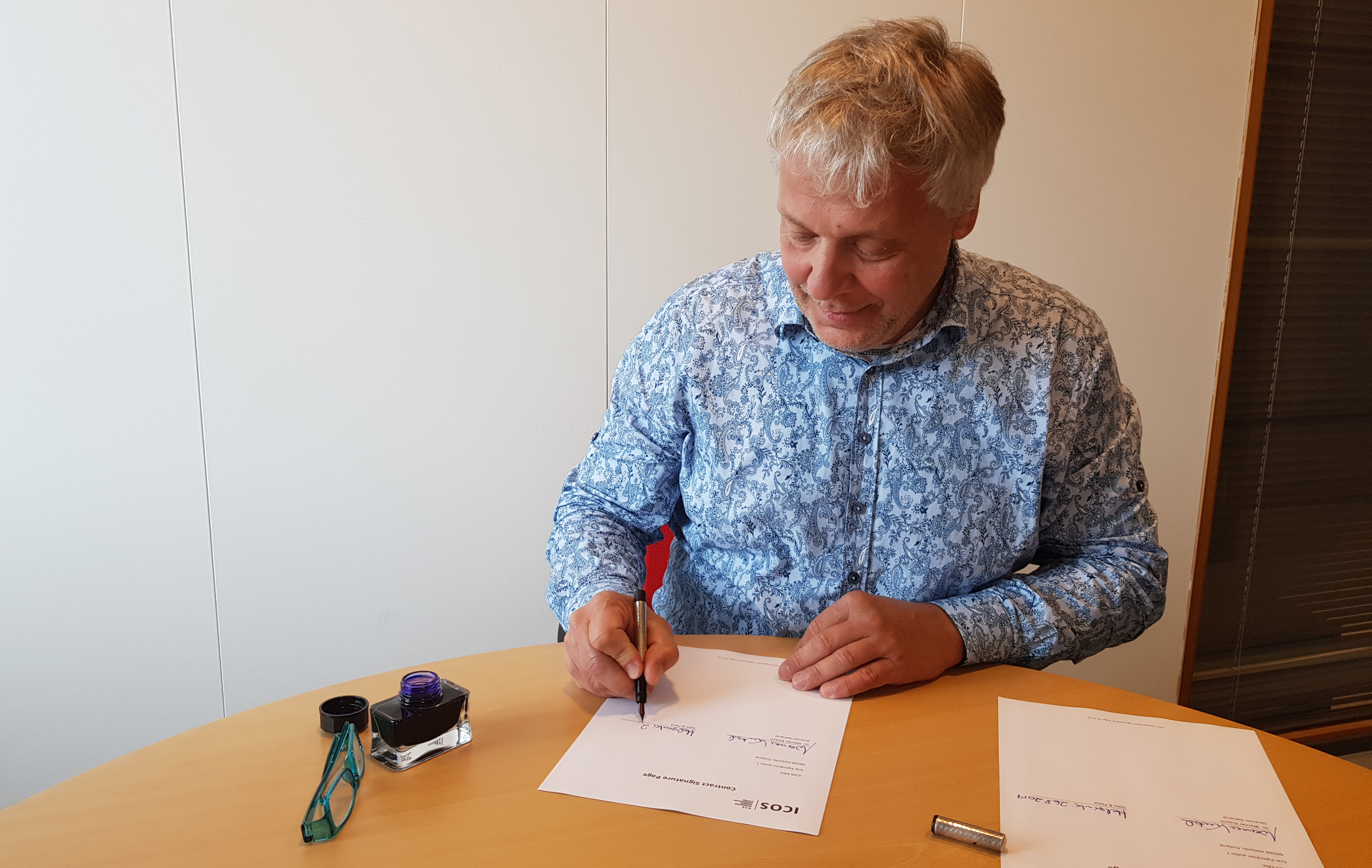 The U.K. will join hosting the Ocean Thematic Centre within ICOS, a European research infrastructure measuring greenhouse gases in the atmosphere, land and oceans. Long-term measurement of the seas is important since the oceans take up about one quarter of the carbon dioxide humans release to the atmosphere, reducing the rate of climate change.

The United Kingdom and Norway will co-host the Ocean Thematic Centre within ICOS, Integrated Carbon Observation System. ICOS is a research infrastructure measuring greenhouse gases in Europe and the adjacent oceans.  The ocean measurements, carried out on commercial and research vessels and at fixed stations, allow us to quantify the changing role of the ocean in the global carbon cycle.

The Ocean Thematic Centre supports these measurements e.g. through training the station personnel and evaluating new sensors and methodologies. Key tasks of the centre are also to carry out the rigorous ICOS quality controls in order to ensure the standardised high quality of the ICOS data also on the marine sphere. The Ocean Thematic Centre harmonises the observations across Europe, integrating these data with international efforts.

Dr Werner Kutsch, Director General of ICOS, is very positive about this development: “The U.K. and Norway have a centuries long history of sea-faring and also deep knowledge in marine research. Pooling their assets will bring forth developments in terms of standardisation, technology and data quality.”

Professor Richard Sanders, who recently moved from the U.K. to Norway for taking up the role of Director of the Ocean Thematic Centre, comments: “Obtaining accurate, up to the minute information regarding the ocean carbon sink is key to helping us formulate the policy responses needed to deal with climate change.”

Professor Douglas Connelly from National Oceanography Centre in the U.K., adds that research infrastructures bring together scientists working across disciplines and across national boundaries: “We joined ICOS because the greenhouse gas issue is global, and we are delighted to play our part in solving it through research and collaboration. Addressing these big-picture questions demand large-scale, long-term investments, which need to be organized through a solid legal structure.  We want to operate together in a joined-up way and deliver solutions for the good of humanity.”

These thoughts are mirrored by Dr Kutsch, who states that research infrastructures are sustainable providers of environmental observations for science and society. “I hope this cooperation will also spread this message even beyond current ICOS countries, to the entire global ocean community.”

"The University of Exeter is very proud to be co-hosting the ICOS Ocean Thematic Centre with our U.K. and Norwegian partners and being a part of ICOS. This as a huge achievement and we look forward to contributing further on an international level in key areas of climate science," adds ICOS Coordinator Jessica Thorn from University of Exeter.