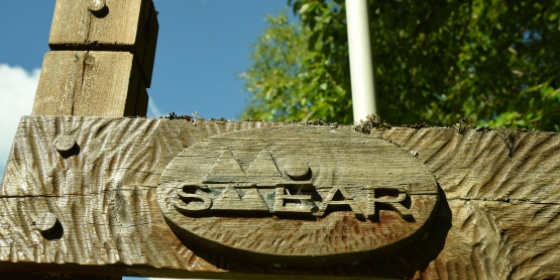 University of Helsinki has celebrated 20th anniversary of the SMEAR II - Station for Measuring Forest Ecosystem-Atmosphere Relations in Hyytiälä by organising special event which took place at the University’s Hyytiälä Forestry Field Station.

During past two decades SMEAR II station, with its 128 m high tower for atmospheric and flux measurements, has participated in many international research networks and infrastructures and regularly provides comprehensive measurement data for ICOS.

As part of the SMEAR II celebration German multimedia artist Agnes Meyer-Brandis talked about her experiences during an art residence at the SMEAR II station in 2013 and 2014 as part of the take part to the Climate Whirl project.

Agnes’ artwork Teacup Tool, which was a result of her residency at the SMEAR II station, was recently awarded in the Ars Electronica Prix competition, in the category of Hybrid Art.

The work focuses on the interaction between cloud forming and climate research and the issues of communication of this complex and crucial matter.

During the SMEAR II celebrations, Agnes Meyer-Brandis has also set up a permanent art installation called Tealemetree Station: Have a Tea with a Tree.