GEO-C presented at a side event at ICDC10 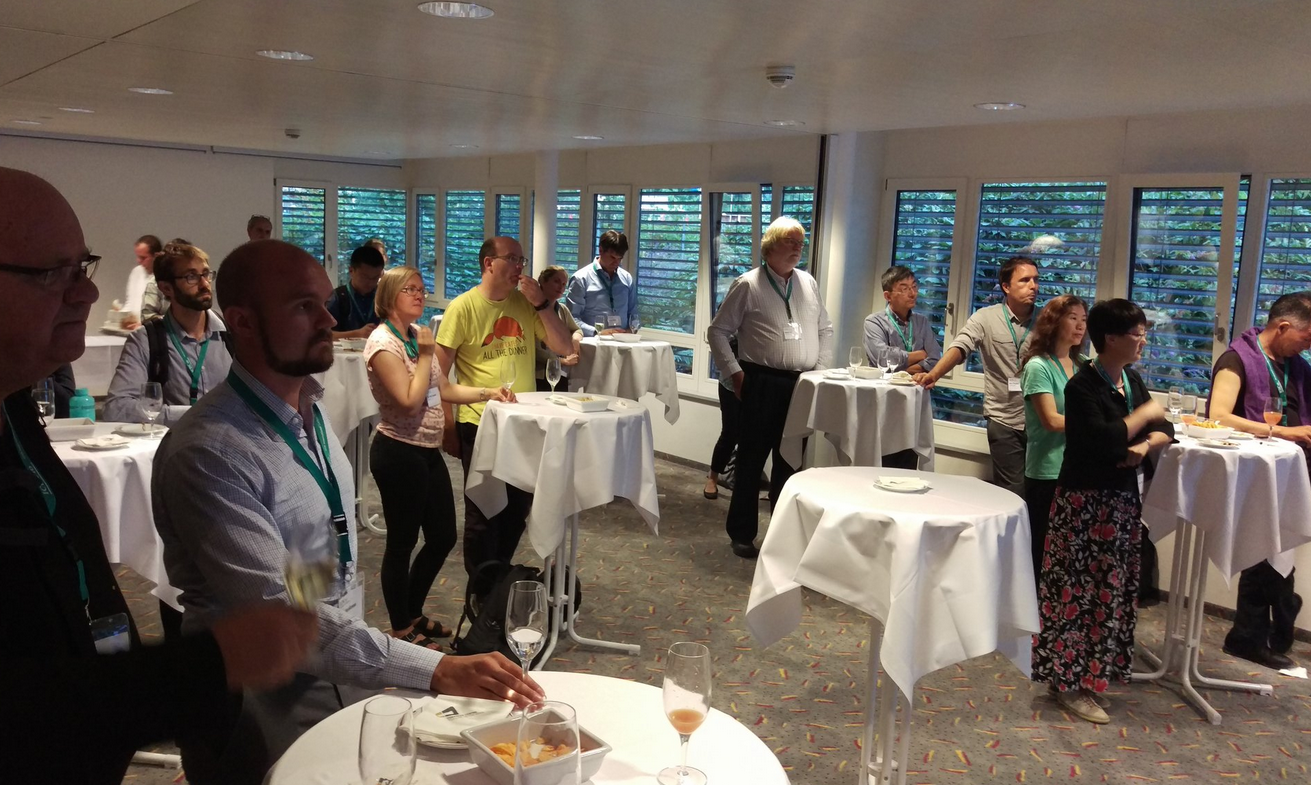 The Group on Earth Observations Carbon and Greenhouse Gas Initiative (GEO-C) was presented on August 24, 2017 at a side event of the 10th International Carbon Dioxide Conference (ICDC10) in Interlaken (Switzerland). ICOS is co-coordinating the initiative, together with the Euro-Mediterranean Center on Climate Change (CMCC).

This event was a favorable opportunity to present GEO-C to the international scientific community only a month after it had been launched in Italy. The presentations of the invited speakers painted a prospective picture of the initiative to an audience of 30 people who expressed a keen interest in the project. The Chinese scientists present even considered the option of joining the initiative in the future.

ICOS ERIC Director General Werner Kutsch gave an overview of the rationale and history of the creation of GEO-C. He emphasized the contributions it will make to the different parts of a cooperation chain going from GHG observations performed by research infrastructures to climate services, to the creation of new knowledge, to informed high-level decision-making. Werner Kutsch also showcased some examples of the contributions GEO-C could make in several domains. According to him, supporting the ocean flux calculations made from SOCAt data could be for instance very positive for the Global Carbon Project.

This was also emphasized by Dr. Ute Schuster (University of Exeter, UK) who insisted on the important role GEO-C could play in bringing together different actors of the ocean community. This would secure the future of current global efforts, such as SOCAt and GLODAPv2, and pave the way for a common ocean data portal providing the user with a single access point.

Pep Canadell, Director of the Global Carbon Project (GCP), confirmed the importance for GCP of ensuring interoperability of the data in all projects related to Carbon and GHG observation.

Among the other speakers who presented their view on GEO-C, André Obregón, Technical Expert on Climate and Land Cover at the GEO Secretariat, highlighted the role of the initiative in the GEO priority area on Climate Change and Greenhouse Gas Monitoring. He pointed out how GEO-C could contribute to the current discussions on policy issues in the framework of the Paris Agreement.

Prof. Han Dolman (Vrije Universiteit Amsterdam, NL) made an update on the progress made since the GEO Carbon Strategy in 2010. He pinpointed the importance of a solid implementation plan for GEO-C, for the initiative to reach the status of a relevant global player.

The GEO-C initiative will now have to enter an efficient implementation phase in order to fulfil the expectations placed in it by a diverse set of stakeholders. The necessity of a strong lead and scientific steering has been stressed by many of those present at the event.