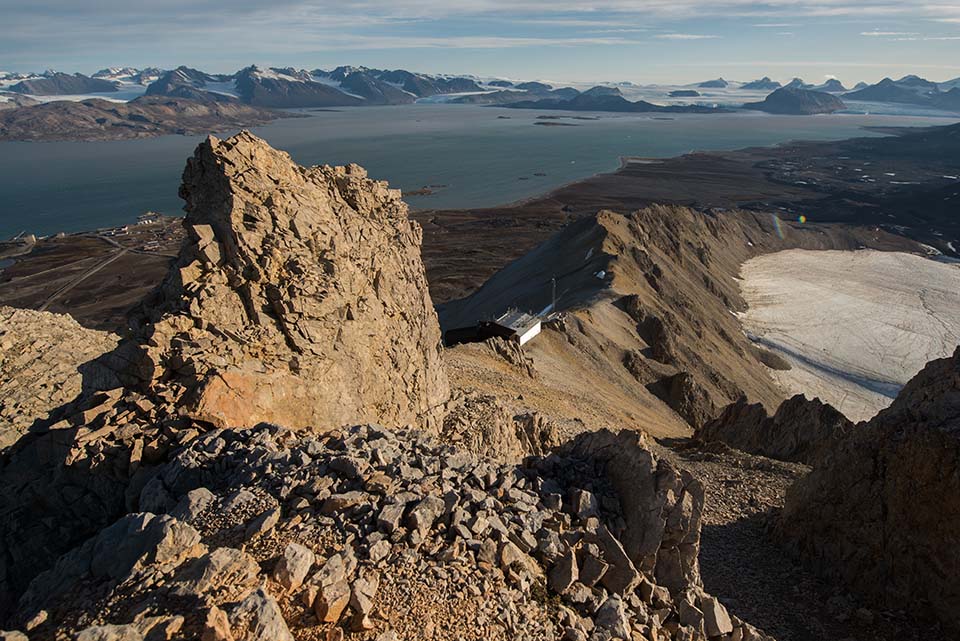 ICOS, Integrated Carbon Observation System, announces that 10 new greenhouse gas measurement stations have been certified for standardized data production. ICOS data help to reveal the carbon emissions and sinks on a European level, which is essential to predict climate change and to mitigate its consequences. The level of greenhouse gases in the atmosphere rises constantly.

Regional greenhouse gas measurements are critical to understand the development of climate change, and to predict as well as to mitigate its consequences. The amount of greenhouse gases in the atmosphere increases fast. This, in turn, means more heat is constantly being trapped in the atmosphere, warming it further.

ICOS, a European research infrastructure, measures greenhouse gases in an extensive network of 131 stations to produce science-based information for both the scientific community and for the decision makers.  After more than five years of work, additional 10 stations now meet the high standards of a certified ICOS measurement station. The first seven stations were certified in late 2017. The rest of the stations have also started this work, with the aim to have all ICOS stations standardized by the end of 2019. The standards fulfil all international criteria, for example, the ones set by World Meteorological Organization and United Nations.

“With our standardized measurement stations, we gain much more precise knowledge of the carbon emissions and sinks in Europe: of the ones produced by us people, but also of the natural fluxes of the greenhouse gases,” says Dr Werner Kutsch, Director General at ICOS.

Natural carbon fluxes affect the amount of greenhouse gases in the atmosphere as much as human emissions and may themselves be altered by climate change. In the long-term, it is important to be able to distinguish between natural and fossil fuel emissions to be able to direct the efforts in the right way.

“The greenhouse gas information gathered from all over Europe is essential for national governments to improve their mitigation activities, and also for inter-governmental organisations to make informed decisions, when they seek ways to fulfil the requirements set by international agreements,” says Dr Kutsch.  The Paris Agreement and the recent UN Carbon Observation Protocol negotiated in Bonn are examples of such agreements.

Arctic warming twice as much as the global average

The stations receiving the certificate now are located in Czech Republic, France, Norway (Svalbard), Sweden, Switzerland, Denmark (Greenland), and an ocean ship line between France and Brazil and another line between Denmark and Greenland.

One of the stations, Zeppelin Observatory, is at the Svalbard archipelago in the Arctic Ocean. The atmosphere station has a mast on top of a mountain to measure greenhouse gases such as carbon dioxide, methane, carbon oxide and many others.

“The location of this station is particularly important, as Svalbard and the surrounding ocean has very few local human-induced sources of greenhouse gases in the atmosphere. This means we can detect the change of greenhouse gases in the whole northern side of the globe,” says Dr Cathrine Lund Myhre, from NILU, Norwegian Institute of Air Research. Dr Lund Myhre is responsible for the ICOS measurements at the Svalbard station. There are very few measurement locations in the Arctic. Consequently, these measurements are central also because the temperatures in the Arctic rise more than twice the global speed, and the Artic environment is very vulnerable to the climate change.

Picture: ICOS measures greenhouse gases all over the Europe, also at Svalbard archipelago, in the Arctic Ocean. The Svalbard station is central as it allows the scientists to detect atmosphere changes in the whole norther side of the globe. Picture by Konsta Punkka.

Read this news article in Finnish

Integrated Carbon Observation System, ICOS, is a European-wide greenhouse gas research infrastructure.  ICOS produces standardised data on greenhouse gas concentrations in the atmosphere, as well as on carbon fluxes between the atmosphere, the earth and oceans. This information is essential for predicting and mitigating climate change. The standardized ICOS data is based on the measurements from 131 stations across 12 European countries. The international organization is financed by its member countries.
Webpage: www.icos-ri.eu  Twitter: https://twitter.com/icos_ri