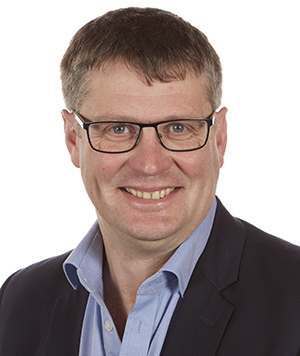 Dr Richard Sanders has been appointed as the new Director of the ICOS Ocean Thematic Centre (OTC), starting in August 2019. Dr Sanders will relocate to Bergen and be employed by the Norwegian Research Centre (NORCE), the co-hosting institute of the OTC as part of the Bjerknes Centre.

In this role, he will lead the work of OTC, including developing the strategic vision for the ocean network of ICOS and overseeing its implementation, designing the network of ocean stations, and liaising with the broader ICOS community and stakeholders.

Prior to the appointment, Dr Sanders was an active member of ICOS. He served as the UK Stakeholder for over five years overseeing the formal application of the UK to join ICOS in 2016, co-writing the UK funding proposal to underwrite the observing network in 2017, helping to assemble the UK component of the Ocean Thematic Centre and chairing the UK ICOS committee.

Dr Sanders is currently serving as the Chair of the Ocean Biogeochemistry and Ecosystems group at National Oceanography Centre (NOC), in Southampton, UK, a position he has held since 2012. He has undertaken research into the Biological Carbon Pump, the biologically mediated storage of carbon in the oceans interior which controls climate, land ocean carbon transfers and the oceanic uptake of CO2 from the atmosphere. Dr Sanders is also the lead investigator on the Natural Environment Research Council (NERC) large project 'Controls over Ocean Mesopelagic Interior Carbon Storage and Long term Multicentre' (COMICS) and a Long term Multicentre programme 'Land Ocean Carbon Transfer' (LOCATE). He plans to maintain an active research programme in these areas working with colleagues in NOC and Bergen.

Richard Sanders holds a PhD in Environmental Science, a Master's Degree in Oceanography and an Undergraduate Degree in Chemistry, and is an honorary Professor at the University of Southampton. You can follow him on Twitter at @OceanRics

Our warmests thanks to the Interim Head Benjamin Pfeil and the Head of Administration Erik Sandquist for their dedication and efforts in taking care of the additional duties during the interim period.