Routine tasks and amazing sunsets: a look into fieldwork at an ICOS station 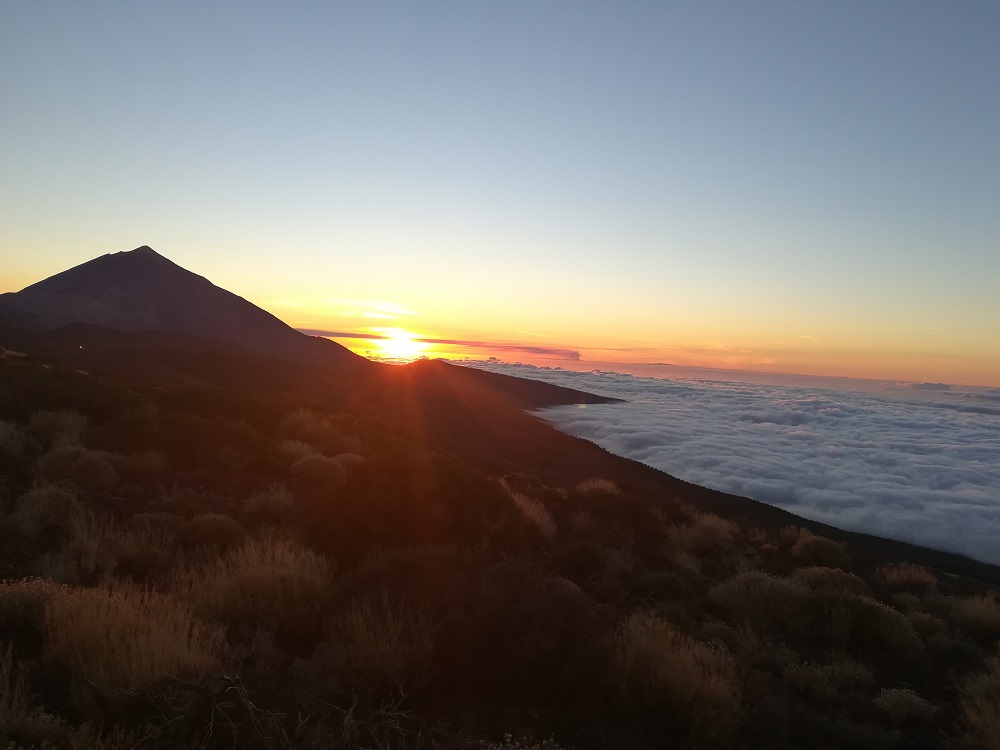 Izaña Atmospheric Observatory is a brand new ICOS Atmosphere station that joined the ICOS measurement station network when Spain became an ICOS member country in 2021. What is it like to work at a station where even Principal Investigators do routine tasks daily? Pedro Pablo Rivas, Sergio León and Omaira García explain.

Izaña Atmospheric Observatory (IZO) is an ICOS Atmosphere station located on a mountain plateau on the island of Tenerife (Canary Islands), Spain. Due to its geographic location in the Atlantic Ocean, the observatory is particularly valuable for the investigation of dust transport from Africa to the North Atlantic and long-range transport of pollution from the Americas.

The Izaña Atmospheric Observatory has instrumentation for in situ and remote measurements of greenhouse gases and aerosols which play key roles in air quality from local to global scales. The observatory is a class 2 ICOS station that measures CO₂ and CH4 emissions with Picarro analyser. In addition, the station measures N₂O and CO concentrations with a Los Gatos Research (LGR) analyser.

Working towards an official ICOS label

Taking care of instruments and precise greenhouse gas measurements while setting up an independent ICOS atmospheric station is hard work. The station is currently working towards obtaining the official ICOS station label. Pedro Pablo Rivas, the station’s Principal Investigator (PI) has a hands-on approach to his daily work.

“I check our analyzers daily and make sure the calibrations are performed as scheduled. To build a final database, I process the data from our atmospheric measurements and the calibrations”, explains Pablo Rivas who is also responsible for the Global Atmosphere Watch (GAW) station at Izaña Observatory.

In order for Izaña Observatory to receive the label of an official ICOS station, Pablo Rivas works closely with Sergio León who is part of the technical staff at ICOS Spain. The two are in charge of developing a database that stores the data from the Izaña observatory. The next step is to develop an automated process for sending the data to ATC (ICOS Atmosphere Thematic Centre), that coordinates all ICOS Atmosphere stations.

“Now with our Picarro and LGR instruments installed, we are waiting to receive our calibration cylinders for both instruments.”, says León.

The Izaña station has been in the middle of some fascinating events for the past two years with COVID-19 and the aftermath of the volcanic eruption on the island of La Palma (Canary Islands, Spain) on 19th September 2021.

ICOS Spain recently published an information note from Izaña Atmospheric Observatory as the station recorded a new historical record of greenhouse gas concentrations. The monthly average concentration of CO₂ reached 421.95 ppm in May 2021, meaning that according to recent data, COVID-19 did not slow down the increase of greenhouse gases in the atmosphere – a fascinating contrast to one previous ICOS research made in cities that showed the opposite.

“The results of this work are shocking, and show that even achieving net zero-emissions of greenhouse gases would not be enough to reverse global warming in the first place” comments León, one of the authors of the information note.

In addition, numerous other research programmes operate at the Izaña Observatory which allows linking ICOS measurements with those obtained by the other programmes. This co-operation was extremely valuable during the volcanic eruption of La Palma last year.

“The combination of in situ and remote techniques allowed researchers to identify the direct impact of the volcanic dispersion plume” explains Omaira García who is the PI in charge of Fourier-Transform Infrared Spectroscopy (FTIR), a technique used to obtain an infrared spectrum of greenhouse gas emissions. García works closely with Izaña Observatory’s ICOS staff, and she was the one who measured the volcano’s emissions using remote techniques.

Both Pedro Pablo Rivas and Sergio León agree that even though the research field of greenhouse gases is extremely important, one of the best parts of working at the Izaña Observatory is also the daily teamwork while conducting research.

“Moreover, the sunsets from the observatory are incredible!”, concludes León.