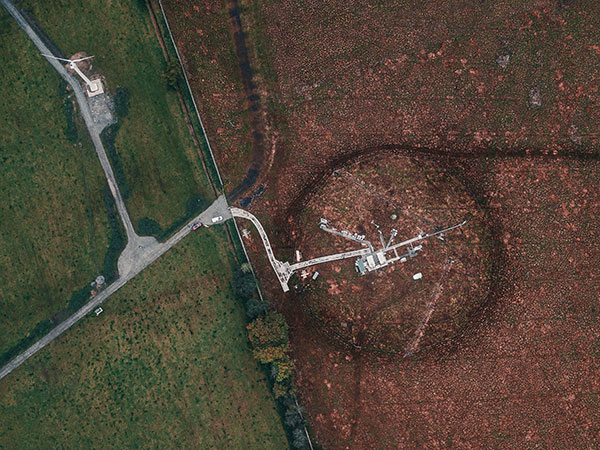 ICOS, Integrated Carbon Observation System, announces that 11 more greenhouse gas measurement stations have passed the rigorous ICOS quality assurance process for standardised data production. The newly certified stations are located in five out of 13 ICOS member countries. These include three stations in Denmark and three in France, two stations in the United Kingdom and two in Germany, and one station in Italy. The two UK stations, Auchencorth Moss and Weybourne, are the first stations to receive the ICOS label in the UK.

ICOS has close to 150 stations across Europe, with the number of stations growing each year. After the 11 new labels, altogether 91 out of 148 measurement stations have been standardised for greenhouse gas measurements.

ICOS data helps to reveal the carbon emissions and sinks on a European level. The data is used by scientists who seek to understand the Earth system and by various governmental bodies and international organisations that need science-based and relevant information on greenhouse gases in their decision making, and in efforts to mitigate the consequences of climate change. The data can be accessed openly and freely at ICOS Data Portal site.

The ICOS Auchencorth Moss is one of few stations in the world measuring the greenhouse gas exchange between the air and the peatland. Although located just 20 kilometres from Edinburgh, Scotland, the station stands on a large, remote peatland in the windy countryside. This peatland is dependent on inputs of nutrients via precipitation, such as rain and snow.

Peatlands store huge amounts of carbon. As temperatures rise due to climate change, the peat could release stored carbon as greenhouse gases; carbon dioxide and methane. However, at the Auchencorth Moss, the carbon storage during the growing season has increased after mild winters and may therefore respond positively to climate change. Yet, changes in precipitation and long-term changes in plant species could have competing effects.

ICOS is currently investigating this complex process, as the changing climate could also change the vegetation in the peatland, causing it to act differently in the future. Thus, ICOS observations at the Auchencorth Moss help the world to better understand the behaviour of peatlands in response to climate change.

Stations receiving ICOS label on the 17th of November: