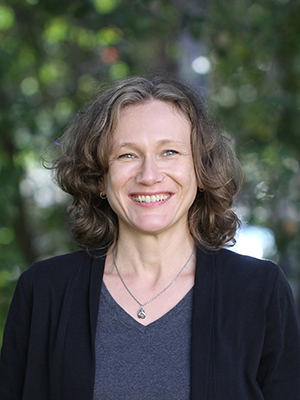 Dr Anna Michalak, Scientific Advisory Board (SAB) Chair of the ICOS European Research Infrastructure Consortium (ERIC) will be honoured with the 2021 American Geophysical Union’s (AGU) Joanne Simpson Medal for making “outstanding achievements and contributions by pushing forward the frontiers of our science”.

Carnegie Department of Global Ecology Director, Dr Anna Michalak has been a Chair of the ICOS SAB since its beginning in 2016. The SAB gives feedback and makes recommendations to develop ICOS’s scientific activities, advises ICOS ERIC to achieve the scientific goals of ICOS research infrastructure (RI), provides programmatic support by commenting at overall science plans and directions, as well as analyses the scientific results and impact of the ICOS RI.

The Joanne Simpson Medal recognises exceptional mid-career scientists who have made transformative scientific advances or breakthrough in the Earth and space sciences, have demonstrated strong leadership and provided outstanding service to science and society. The medal will be presented at the AGU Fall Meeting 2021 in December.

Dr Anna Michalak on her recognition:

I believe very strongly that as scientists studying the sustainability of the Earth system we have a duty to go beyond deepening our scientific understanding of the problems that we study. We must also share that understanding and help facilitate the work of others, both inside and outside the scientific community, so that we can ultimately contribute to addressing the challenges facing ecosystems and societies. It is wonderful and humbling to receive this award, which recognizes that science, leadership, and service indeed do go hand-in-hand.

In addition to chairing ICOS SAB, Dr Michalak has led other efforts to better coordinate research in the scientific community, by leading the development of the United Stations Carbon Cycle Science Plan and serving on multiple committees for the United States National Academies of Sciences, Engineering, and Medicine.

Beginning of her career, Dr Michalak developed new approaches for quantifying greenhouse gas emissions and for determining how climate change is impacting the ability of plants and soils to store carbon long-term. In recent years, she has helped to understand the impacts of climate change on coastal, lake, and river water quality in the United States and worldwide. Dr Michalak has authored over 150 publications and has mentored over two dozen doctoral and post-doctoral students. She holds appointments as Professor, by courtesy, in the Department of Earth System Science and the Department of Biology at Stanford University in the United States.

Our warmest congratulations to Anna for her remarkable achievement!