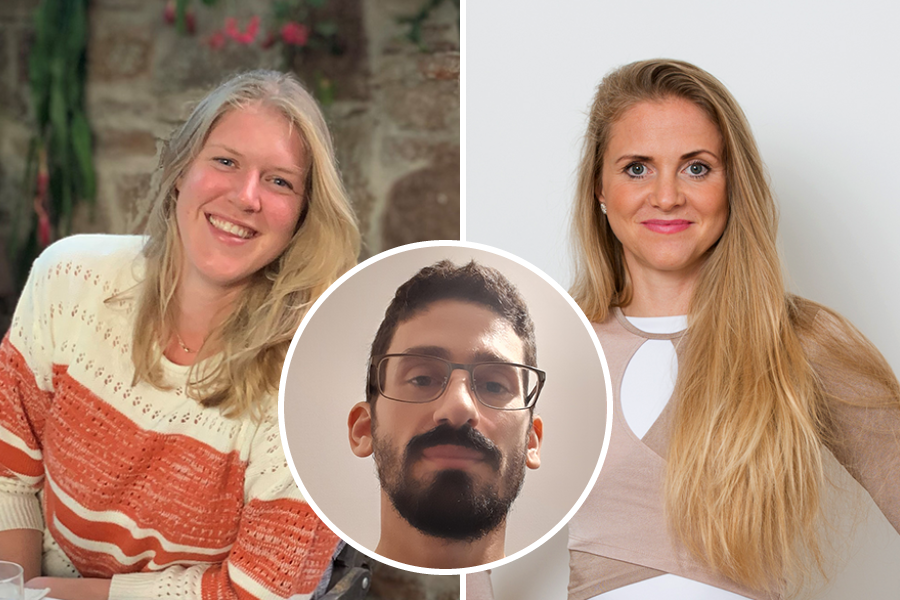 This autumn, three new team members have joined ICOS. Ida and Zois are now part of the Carbon Portal team in Lund, Sweden, and Charlotta has reinforced the Helsinki head office communications team.

Research Engineer Ida Storm is not entirely new to the Carbon Portal and has some experience already from other projects within ICOS. In the new role, one of Ida's tasks will be to develop a tool characterising the influence region of measurement sites and/or potential measurement sites. One application is to use the tool to optimise placements of future ICOS stations.

“The long-term plan is to also look at how to optimise placement of measurement sensors for city scale top-down monitoring of CO2 and ffCO2. My work at the Carbon Portal is also intended to lead to a doctoral degree”, Ida says.

Before joining ICOS, Ida was active in several research projects involving GIS and programming at the University of Gothenburg.

Junior Software Engineer Zois Zogopoulus previously worked in cyber security in Athens, Greece. He moved to Sweden alongside his partner who took on a doctoral position at Lund University.

“During my first months in Sweden, I was working on my own software projects and simultaneously trying to adjust to a very different way of life in this new country”, says Zois.

“Thinking outside the software development box, my role is to present people with facts in order to understand the existing problem of climate change and its impacts.”

“In this role, I expect to gain valuable experience making me a better software developer. I look forward to being able to fully integrate myself in the team and help my colleagues as much as possible while implementing my own knowledge and skills.”

In her new role at ICOS, Communications Specialist Charlotta Henry will be focusing on the outreach and promotion of various ICOS projects, such as PAUL and RItrainPlus. Before joining ICOS, Charlotta was on maternity leave for one year with her 1,5 year old son Milian. Previously, she served as a Communications Manager at Aalto University:

“I was leading the pan-European and global communications and marketing activities for DigiEduHack, an EU project focusing on digital education.”

In the new position, Charlotta will be collaborating with university and research infrastructure partners from all over Europe:

“I truly enjoy collaborating on a global scale and getting the chance to meet people from various cultures. In this new role, I am looking forward to getting to use all of the skills I acquired during my career so far, in strategical communications, social media engagement and digital marketing, graphic design and video production.”